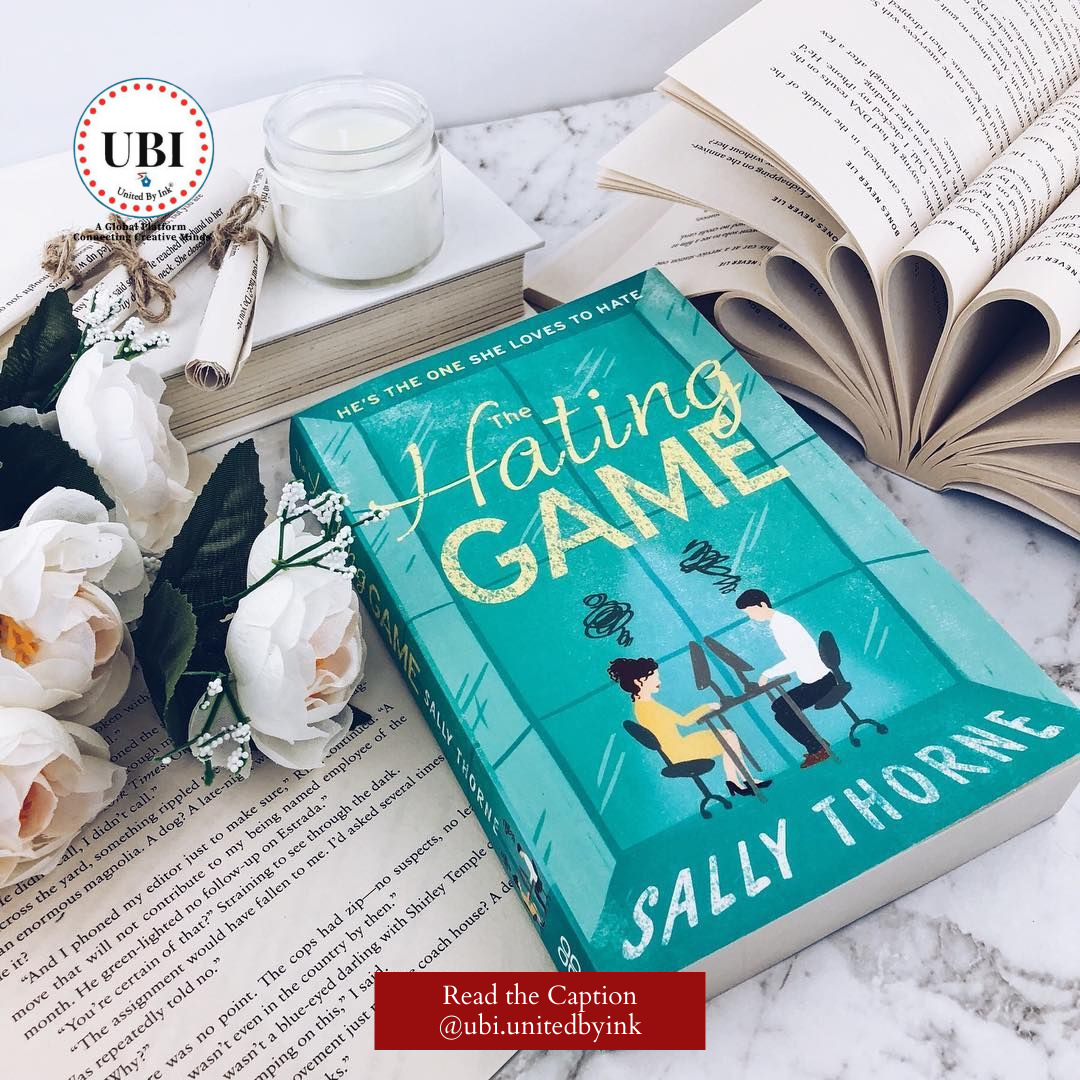 The hating game by Sally Thorne

Lucy Hutton has always been certain that the nice girl can get the corner office. She’s charming and accommodating and prides herself on being loved by everyone at Bexley & Gamin. Everyone except for coldly efficient, impeccably attired, physically intimidating Joshua Templeman. And the feeling is mutual.

Trapped in a shared office together 40 (OK, 50 or 60) hours a week, they’ve become entrenched in an addictive, ridiculous never-ending game of one-upmanship. There’s the Staring Game. The Mirror Game. The HR Game. Lucy can’t let Joshua beat her at anything—especially when a huge new promotion goes up for the taking.

If Lucy wins this game, she’ll be Joshua’s boss. If she loses, she’ll resign. So why is she suddenly having steamy dreams about Joshua and dressing for work like she’s got a hot date? After a perfectly innocent elevator ride ends with an earth-shattering kiss, Lucy starts to wonder whether she’s got Joshua Templeman all wrong.
Maybe Lucy Hutton doesn’t hate Joshua Templeman. And maybe, he doesn’t hate her either. Or maybe this is just another game.

I’ve been debating so hard on rating this book because I am really not into chick-lit novels (like, almost at all) and I feel conflicted every time I have to rate one, even though I read the bloody book on my own free will.

But, Jesus, I’m busted now, so what’s the point in hiding behind a finger?
I enjoyed this so fucking much that I just can’t deny it.

I don’t know what’s gotten into me one day, I woke up normally, had an online course that I almost fell asleep to, then had some breakfast and as I was drinking my coffee I was like Hm, I think I might read something romance-y.

And guess what? The most romance-y novel I found agreeable was a book with the title The Hating Game.
So, yeah, you got me. I’m a hopeless romantic, what can I say…

But lemme tell you something. That cartoon-y cover with the crooked letters and funny colours hid behind it some very funny and also very sexy action that I just…enjoyed…much. As one part of my brain was asking WTF is wrong with you? the other part was like Read, read, read, I know you’re curious to see what are they gonna do next!

I was torn between the two, but this is indeed a pretty accurate explanation of what was ratting in my head during this book.

I have this thing for hate-to-love relationships that I never seem to get over. Why is this my favourite kind of falling in love? No one knows, not even the divinities above us. The idea is that yes this was about to be good. And it actually was and it actually did not disappoint me.

It was obvious from the start that Lucy was going to be the goody-two-shoes, sunshine-y girl who does everything with energy and enthusiasm and is addicted to the fact that everyone must love her and Josh was the mean fancy-ass jerk that was going to mess with her constantly and she was going to catch on fire because he was the only person who seemed to not like her.

Honestly, after all that initial cliché, everything was bomb. The line exchange was always witty, the feelings were pretty accurate in their confusion and the falling in love was as delicious as a strawberry.

Everything that happened in this book was either extremely cute or extremely sexually tense and I loved that. I think this might be the first rom-com novel I consider re-reading one day. It was precious.

What I learned from this book though is that:
– First impressions will not always be as we expect them to be because not everyone is the same. First impressions are one-of-a-kind experiences that have different impacts on different persons;
– Don’t judge a book by its cover, no one knows for sure what exactly is going on between the pages;
– Even though love and hate are polar opposites, there is this excruciatingly thin line between them and they can be easily mistaking for each other;
– Learn how to fall in love with everything.

With all this being said, The Hating Game made me feel very happy while reading it so that is why I am going to reward it. I am glad I gave it a shot.