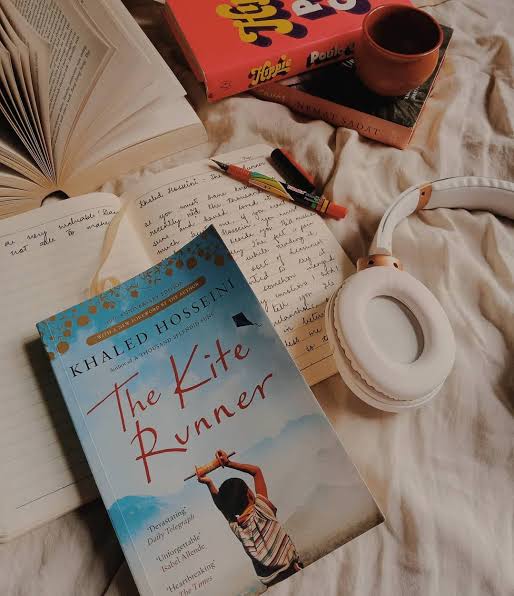 A gripping and emotional story of betrayal and redemption, The Kite Runner had me thrilled and moved, both at the same time. It tells the story of Amir and Hassan, the closest of friends, as good as brothers, and also experts in the art of kite flying. The two young boys live in Kabul, the capital of Afghanistan, and this year they are going to try harder than ever to win the local kite-fighting tournament—a popular Afghan pastime, and this is Amir’s one hope of winning his father’s love. But just like the kites battling in the sky, war comes to Afghanistan, and the country becomes an extremely dangerous place.

The story is fast-paced and introduced me to a world – the world of Afghan life – which is strange, fascinating and yet oddly familiar all at the same time. Hosseini’s writing finds a great balance between being clear and yet powerful, and not only is the story itself brilliantly constructed, but the book also explores the very art of storytelling. Amir himself becomes a writer, and he reflects on his experiences in the story as though his life itself were a piece of fiction, which in this case it is. Khaled Hosseini writes from a heart that remembers its homeland, and remembers it well. While most of us think of Afghanistan as war-torn and weary, obsessive and restrictive, frightening even; Hosseini remembers what it was before all of that came to be. He gives the Afghani people a face, which can be a very powerful thing indeed. He does not give us a narrator who is likeable, admirable, or sometimes even excusable, but he does give us a narrator who is human, vulnerable, and who suffers for his shortcomings.

In war, people are often forced to make great sacrifices, and the young Amir himself commits an act of betrayal, towards his best friend Hassan no less, which will haunt him for the rest of his life. Amir and his father are forced to flee Afghanistan for America, and The Kite Runner becomes the story of Amir’s quest for redemption – righting the wrongs he committed all those years ago as a boy in Kabul.

The best bit about the kite runner is its sense of fate and justice, of good overcoming evil in the end, despite all odds. Without giving away the ending, Amir ends up back in Afghanistan and makes a very different set of sacrifices in order to set things straight. The final chapter of the book is perhaps my favourite, and one that I have found moving even when rereading it. The message behind the very ending could be interpreted differently by different readers, but personally I feel that it offers a small sense of hope for both the future of its characters, and perhaps for the war-torn country of Afghanistan as well.

The kite runner made me feet the pain of Hassan and all the other boys who go through debasement which also made me replenish quite a number of tissue boxes. An extremely heartfelt and book filled with raw emotions, I would score this book a 4.5 out of 5 for its lucid and smooth narrative throughout this melancholic tale.