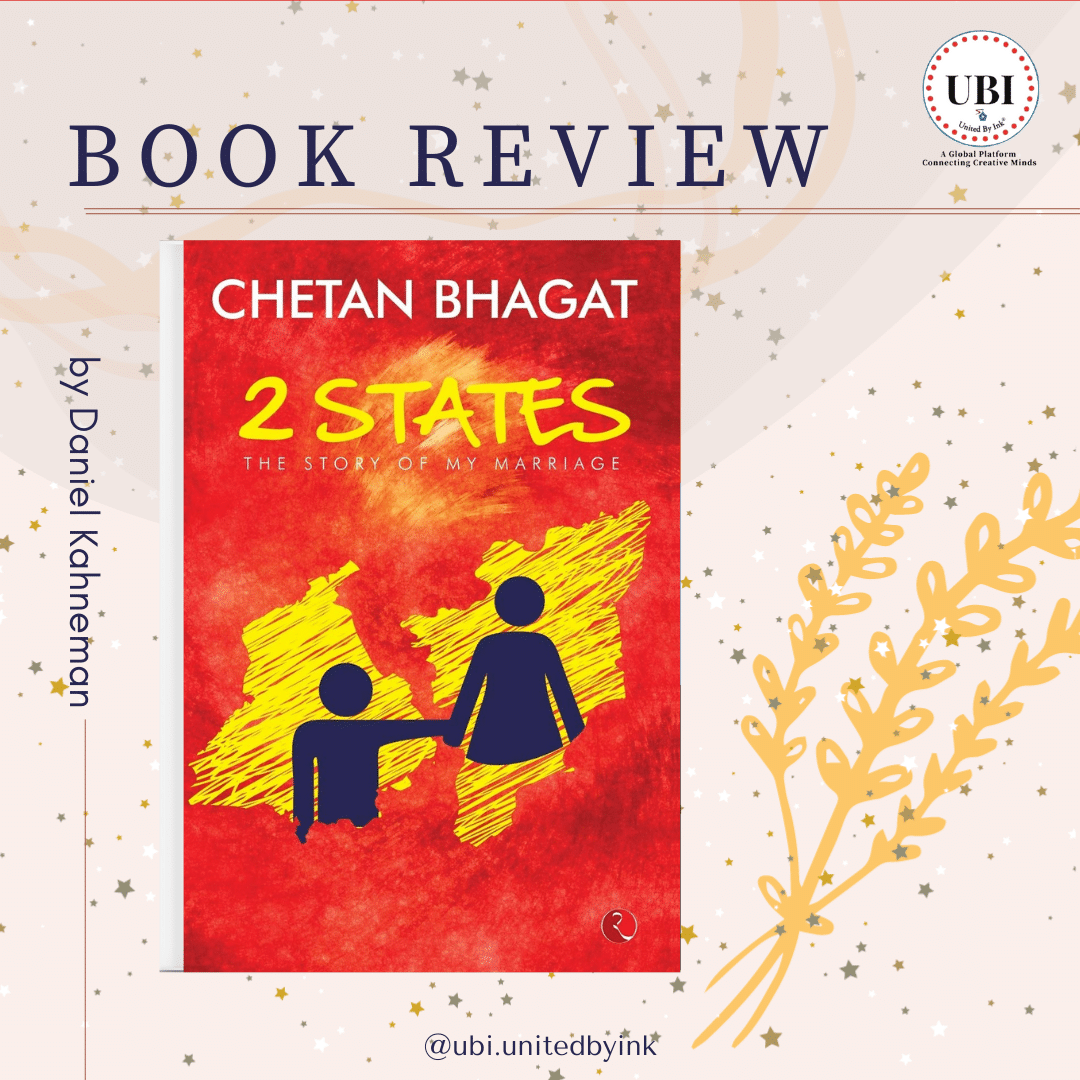 A love story between North and South, Chetan Bhagat’s 2 States is an easy, entertaining read.

In country like India, a love affair converted into marriage is no less than a battle won. When the two halves of the couple are from two opposite regions, things are set to get tricky. Chetan Bhagat’s fourth novel, 2 States, revolves around this theme – way before Chennai Express was in the works!

The story opens when Punjabi-boy Krish Arora, meets Tamil-Brahmin-girl Ananya Swaminathan in the IIMA mess, where they are both studying. Ananya gets into a tiff with the mess worker, and Krish helps both of them to settle it, in return sacrificing his sweet dish, to the Ms. Popular of the college. Quite predictably, both of them fall in love and what follows is their journey of convincing their parents.

Chetan Bhagat is one of my favourite authors. Though there are numerous issues in his books and his style of writing, but we can’t dispute the fact that this man has changed the face of Indian reading. I have read this book 5 times. The New York Times called him the biggest-selling English-language novelist in India’s history. Here in India, the record breaking success of his books and the movies based on them conveys all. As anticipated, 2 States was a bestseller as well. The fact that the book is somewhat inspired from his own life, makes it more believable, and consequently popular among his fans.

The story moves between three cities – Ahmedabad, Delhi and Chennai (with a snapshot in Goa). While we are shown just a glimpse of the first city, the other two are described in full vigour. The writer intelligently captures the cultures of north and south India. While Krish’s mom and aunt will make you remember all your neighbourhood aunties, Ananya’s parents are shown as typical conservative Tamilians. Though the story is told from the point of view of the male protagonist, the writer never takes sides and brings out the best and the worst in both the communities. Needless to mention, the book is filled with humour, like a Tamil-speaking Sardar and verbal fights between Krish’s and Ananya’s mothers. The sarcasm used never fails. In fact, in some instances I was rolling on the floor.

Both protagonists are likeable. While Krish juggles between his job and different cities in his attempt to marry the love of his life Ananya, she is sorting out problems as her marriage is fixed with some other guy by her parents.

In all, this book is the best from this author. He gives you a clear perspective of life in India. Though it is surely not a literary piece, but book is well written. People looking for intellectual stuff may not like it. But all romance-lovers should surely go for it. It is a light read. The book may not be an emotional roller-coaster, but you will be surely left with a smile after you complete this one!