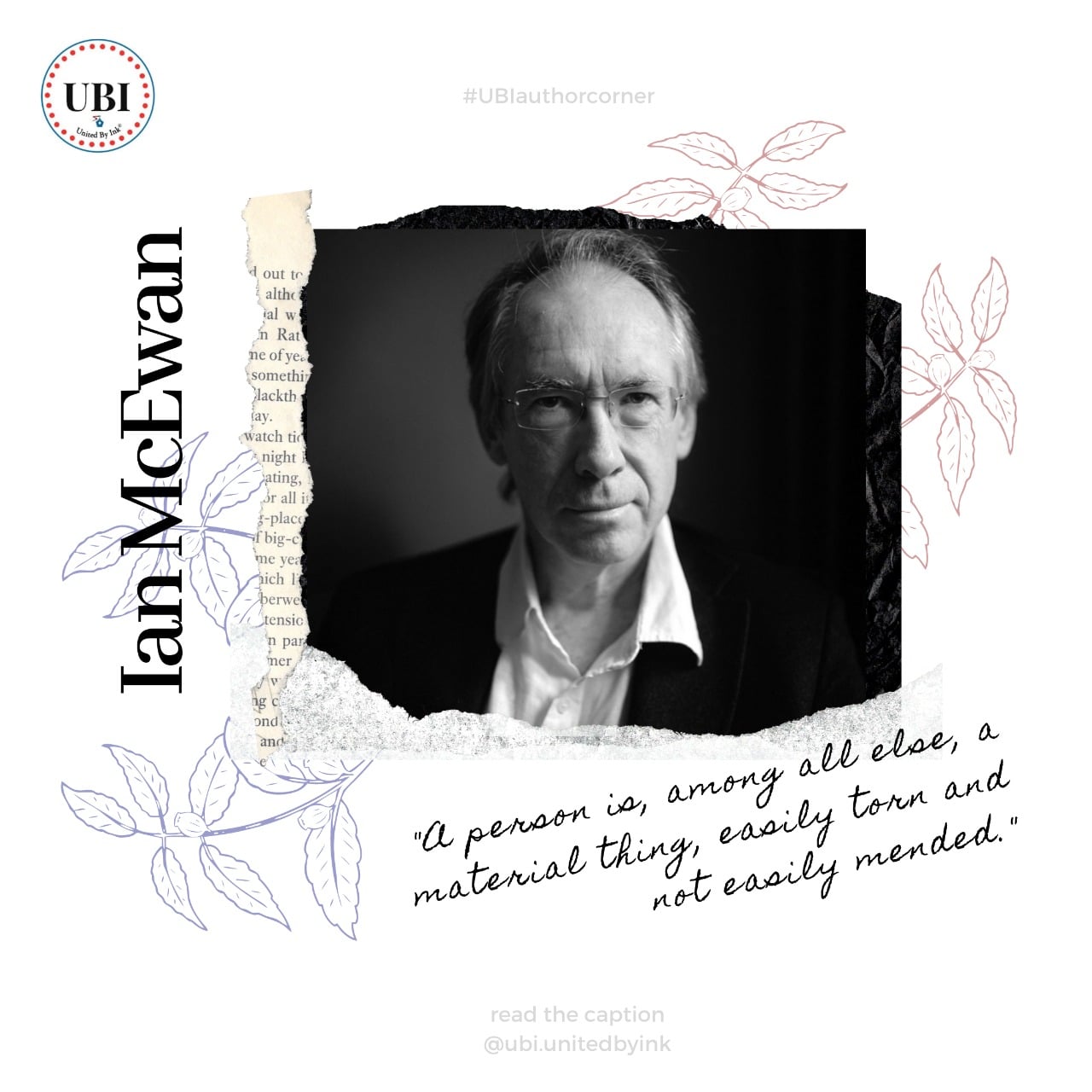 McEwan graduated with honours from the University of Sussex (B.A., 1970) and studied under Malcolm Bradbury at the University of East Anglia (M.A., 1971). He earned renowned for his first two short-story collections, First Love, Last Rites (1975; film 1997)—winner of a Somerset Maugham Award for writers under age 35—and In Between the Sheets (1978), both of which feature a bizarre cast of grotesques in disturbing tales of sexual aberrance, black comedy, and macabre obsession. His first novel, The Cement Garden (1978; film 1993), traces the incestuous decline of a family of orphaned children. The Comfort of Strangers (1981; film 1990) is a nightmarish novel about an English couple in Venice.

In the 1980s, when McEwan began raising a family, his novels became less insular and sensationalistic and more devoted to family dynamics and political intrigue: The Child in Time (1987; TV movie 2017), which won the Whitbread [now Costa] Book Award, examines how a kidnapping affects the parents; The Innocent (1990; film 1993) concerns international espionage during the Cold War; Black Dogs (1992) tells the story of a husband and wife who have lived apart since a honeymoon incident made clear their essential moral antipathy; The Daydreamer (1994) explores the imaginary world of a creative 10-year-old boy. The novel Amsterdam (1998), a social satire influenced by the early works of Evelyn Waugh, won the Booker Prize in 1998. Finally, atonement (2001; film 2007) traces over six decades the consequences of a lie told in the 1930s.

Ian McEwan is one of the finest writers of his generation and amongst the most controversial.

He has achieved unbroken popular and critical success since, on graduating from Malcolm Bradbury’s Creative Writing Programme, he won the Somerset Maugham Award for his collection of short stories, First Love, Last Rites (1975). Shortlisted four times for Britain’s most prestigious literary award, the Booker Prize for Fiction, he secured the honour with Amsterdam (1998), confirming his position with Graham Swift, Julian Barnes and Martin Amis, at the forefront of contemporary British writing. Although primarily a novelist and short story writer, McEwan has also written three television plays published as The Imitation Game (1981), a children’s book, a libretto Or Shall We Die? (1983), a film script The Ploughman’s Lunch (1985), and a successful film adaptation of Timothy Mo’s novel Sour Sweet (1988). Across these many forms, his writing nonetheless retains a distinctive character, perhaps best summed up in Kiernan Ryan’s phrase, ‘the art of unease’.

The influence of Virginia Woolf’s Mrs Dalloway (1925) is evident in Saturday (2005), a vivid depiction of London on February 15, 2003, a day of mass demonstrations against the incipient war in Iraq. On Chesil Beach (2007; film 2017) describes the awkwardness felt by two virgins on their wedding night. Climate change is the subject of McEwan’s satirical novel Solar (2010). Sweet Tooth (2012) is the Cold War-era tale of a young woman recruited by MI5 to channel funding to writers whose work reflected Western values secretly. The Children Act (2014; film 2017) centres on a judge who must rule on the medical treatment of a teenage Jehovah’s Witness whose parents object to his receiving a blood transfusion based on their religious beliefs. Drawing inspiration from Hamlet, McEwan next wrote Nutshell (2016), narrated by a fetus whose adulterous mother plots with her lover to kill the baby’s father. In Machines Like Me (2019), a love triangle develops between a couple and a male robot. Finally, inspired by Franz Kafka’s The Metamorphosis, the novella The Cockroach (2019) concerns Brexit (the British exit from the European Union).

McEwan also wrote for television, radio, and film, including The Imitation Game (1980), The Ploughman’s Lunch (1983), Last Day of Summer (1984), and The Good Son (1993). Several of his screenplays were adapted from his novels and short stories. In addition, McEwan wrote librettos for a pacifist oratorio, Or Shall We Die? (first performed 1982; published and recorded 1983), and an opera, For You (first performed and published 2008), both with composer Michael Berkeley. In 2000 McEwan has created Commander of the Order of the British Empire (CBE).