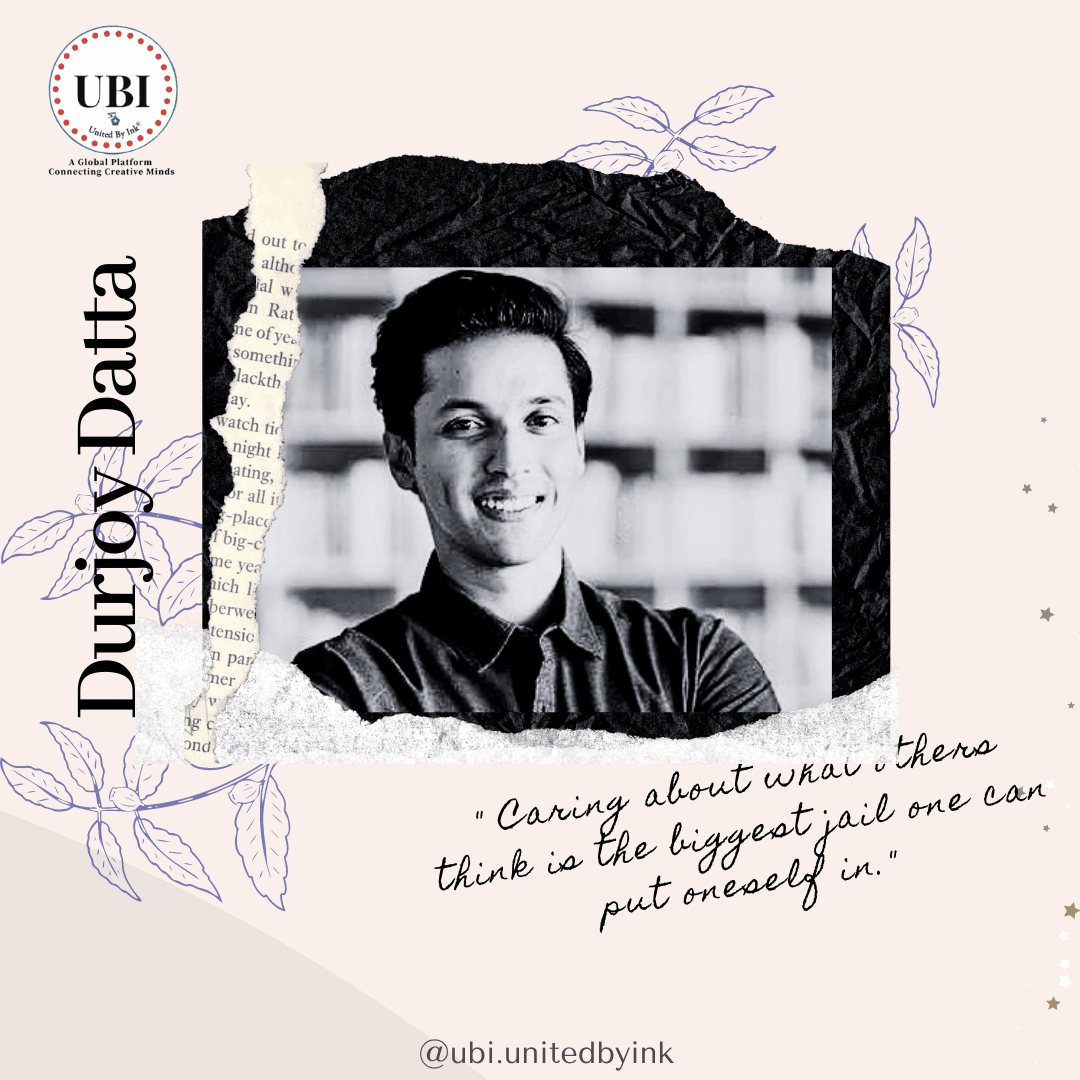 Durjoy Datta was born on 7 February 1987 in Mehsana, Gujarat in a Bengali Hindu family, but grew up in New Delhi. He completed his schooling at the Bal Bharati Public School, Pitampura, and went on to do mechanical engineering at Delhi Technological University.He did his post-graduation from Management Development Institute, Gurgaon and Frankfurt School of Finance & Management, Germany, and majored in marketing and finance. He started writing while he was in the final year of college. In 2011, he quit his job at American Express as a marketing analyst and turned a full-time writer. He is married to travel blogger and air hostess Avantika Mohan.

Durjoy Datta’s first novel, Of Course I Love You! (co-authored with Maanvi Ahuja) was released by Srishti Publishers in 2008 while he was still in college. In August 2009, his second novel, Now That You’re Rich!, was released. In the summer of 2010, his third novel, She Broke Up, I Didn’t!, released. His fourth novel was written while he was in Europe for four months in the winter of 2010. The book was named Ohh Yes, I Am Single!, which borrowed heavily from Durjoy’s life and was written jointly by Neeti Rustagi and Durjoy Datta. After graduating from MDI, Gurgaon, in 2011, he co-founded Grapevine India Publishers. His fifth novel, You Were My Crush!, was published by Grapevine India Publishers in September 2011. It peaked at No. 3 on the Hindustan Times Bestseller list. If It’s Not Forever!, his sixth novel, was released on 1 February 2012 and was inspired from the September 2011 blasts in Delhi High Court. The book opened at the No. 6 spot at the Hindustan Times.In the same year, Till the Last Breath… hit the bookstands. The novel was about two young people, a girl suffering from ALS, and a guy whose systems are shutting down after years of drug abuse; the novel charts the last few months of their lives. it opened at No.3 on the Hindustan Times Bestseller list. The English Teacher, a short story written by him was released in August 2012 which outlines the dangerous obsession of a young, brilliant student with his English teacher.On 4 February 2013, Someone Like You, a novel he co-wrote with Nikita Singh, was released by Penguin India. It debuted at No. 5 at Hindustan Times Bestseller list. It was Durjoy’s first book written from a female character’s perspective. His ninth novel Hold My Hand released on 5 August 2013. The book was commissioned by Hong Kong Tourism Board. His tenth novel When Only Love Remains released on 19 June 2014. When Only Love Remains is another love story from Durjoy Datta, this one set in the troubled world of an aspiring young singer Devvrat and revolving around a young woman Avanti who has been obsessed with him for a long time. His eleventh novel World’s ̷Best Boyfriend released on 24 April 2015. Dhruv and Aranya spend a good part of their lives trying to figure out why they want to destroy each other, why they hurt each other so deeply, and why they can’t stay away from each other. The answer is just as difficult each time … yet there is something that tells them: This is not it. His twelfth novel, Our Impossible Love and thirteenth novel, The Girl of my Dreams were released in 2016.He has co-authored his books with Maanvi Ahuja, Neeti Rustagi, Orvana Ghai and Nikita Singh. He is one of the best selling writers in contemporary India. He is regular at TEDx talks and conferences in colleges pan-India and often invited as a guest speaker across the country. He has also written blogs like Miss Malini and That’s So Gloss.

He was also chosen as one of the two young achievers in the field of Media and Communications by Whistling Woods International in 2011. His debut show Sadda Haq – My Life, My Choice won the Youth Show – fiction category at Zee Gold Awards in 2014 and at Indian Telly Awards in 2014 and 2015.

Durjoy Datta has been asked to write a couple of screenplays of his own books by Subhash Ghai for his next Bollywood movie. He narrated one of his books to him and he immediately liked it.