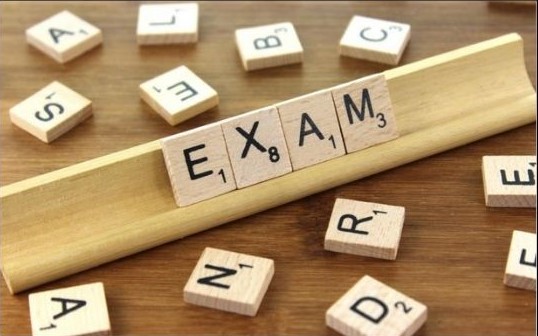 Priya entered the examination hall with heavy steps that morning. She was anxious and as nervous as cat in a dog pound. And why not, she had never seen an examination hall as big as this ever before. She slowly walked towards the rows marked neatly in a seriated combination of numbers and alphabets. As soon as she located her seat and planted herself on the chair, the exam bell rang. The well-dressed gentleman at the podium started to speak into the mic he was holding. “Dear all, welcome to the JP Business School Entrance Exam. You may think it would be easy to cheat because of the big crowd in here. But let me assure you all….” he continued in a sardonic tone. “…. if you are caught cheating in any way possible, especially off another person’s paper, your paper will be confiscated and you will be asked to leave immediately. Best of luck to you all!” he exclaimed and signaled a few people to distribute the exam sheets.

As the exam progressed, like all others, Priya also noticed that a boy sitting in one of the front rows was hardly looking into his own paper. He was peering all around, while the examiner periodically called out to him, “eyes on your own paper.” After about three such warnings, the invigilator bounded up the stairs, crossed to that boy’s seat, grabbed his exam sheet, tore it to shreds, and shouted “You’re out of here! Now!” The boy was horror-struck and shamefully walked out of the hall. Shock and terror went down everyone’s spine and all were scared and startled as if they had seen a ghost. For the rest of the exam, the huge hall resembled a monastery, where monks were carefully and studiously working on their sacred scrolls.

Priya finished her exam and after turning in her answer sheet, she walked out towards the main gate where her brother would be waiting to pick her up. Not finding him there, she went to the adjoining tuck shop. She called him from the pay-phone there as she had forgotten her mobile at home. Her brother told Priya to stick around there as he was running late. Priya sat there for over an hour sipping chilled colas she bought to cool her tensed up senses. She thought about the boy who was sent out this morning. “Maybe he wasn’t really looking around to cheat, maybe the exam was too hard for him so he was just gazing about,” she wondered. Just then he saw the same boy giggling and talking to the very same examiner across the road. Priya found it bizarre and unusual. Like a curious cat, she slyly walked closer to try to overhear their conversations. Of all she could hear, Priya was able to deduce that the boy was actually a second-year student of the same business school. The examiner, along with him, had pulled off this act to actually frighten the living daylights out of everyone present there so no one would dare to cheat.

Finally, on her ride home, Priya pondered over how memorable and remarkable was the very first entrance exam of her life, where an examiner along with a student pulled off such a freaky sham with so much poise and ease.

A projector screen upfront was relaying the live images of the entire hall.

As soon as she spotted the row P, she checked her admit card to see her seat number. Ah! P-5, that looks like a good number, she thought as she hastily approached her seat.