A seasoned communications professional with over 15 years of experience in corporate communications and brand consulting. A music enthusiast and a hard core film buff, Kalpana believes creative exploration is food for her soul. She has co-authored the book Guide The Film: Perspectives. She is passionate about writing poetries in Hindi, English and Urdu and her poems are published in various platforms.

A classically trained Hindustani vocalist, Kalpana loves to sketch, does oil paining and cook in her spare time. As her blog page name suggests, she is Everything Leo! 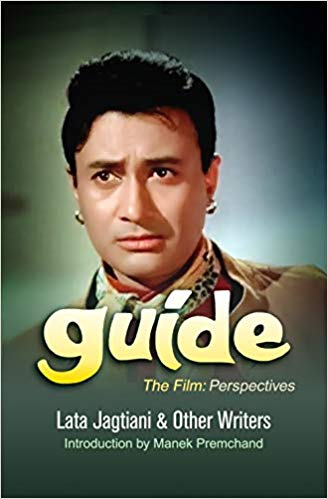 The Guide, the book written by RK Narayan, fired the imagination of Dev Anand to bring that story to celluloid. The film Guide brought the maximum success and fame to Navketan. It justifiably bagged several Filmfare awards for that year; after all, it was an epic film, which was at once radical and traditional. Genius always provokes admiration and curiosity. Why did Guide succeed when others failed? Was there a workable formula that others could use for subsequent films? What made Guide a classic? Guide lovers have asked themselves and each other these questions from time to time. Finally, when a few of them saw the terribly tedious English version of Guide, they realised that the Hindi film needed study, because both had the same plot, almost the same cast and crew, and yet the difference was stunning. They then decided to do a study of this classic and bring it in the form of a book to be read by lovers of great cinema.
Buy From Flipkart Buy From Publisher Buy From Amazon India Buy From Amazon International