Only If Words Were A Pen 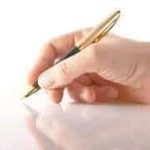 Only if words were a pen, I would have drawn,

Illustrations of man and world chirping at morn.

I would have painted morning, dusk

With thick mouth of my pen forming husk.

The incense of my words would have flowed like ink,

And buried in the pen, I shall sink.

Sink in words and emotions.

Mapping out series of distorted distortions.

I would have written books about my pains

I would show the world what my eyes had seen

Only if words were a pen.

If only words were a pen,

I would have scribbled out my pains to men,

In a silently loud moan.

With the plain sheet to have shown.

If words were pen

I would have bled through my pen

And write stories about my adventures

For the coming generations to read

I would have told them nothing is permanent

All these will have been awesomely great

If only Words were a pen

With a connected cord of words,

My pen shall fume with perfection of gods.

In the naked eyes of humans, naked!!

I would have been a great artist.

Drawing out meaning clouded by the gleaming mist.

But what am I to do?

Nothing to do than to keep chipping in words

To keep burying my thought, my voice had been dodged

I can only speak in words and not with my pen.

Can a voice be taken from my pen?

Not even when I’m locked down in the den.

My pen shall free my words,

My words shall break the cords.

I will bloom wherever I’m planted

If only words were a pen, they say

Still my words will echo and make a thousand journey.

My words will work through the obstacles

To mend, melt and beautify the hearts of the vulnerable.

If my words were to be a pen,

I would have trickled down Golden inks in the world of men.

With a stylish colour blue,

To paint the colour of this my dream blue.

Words are slow, sometimes go behind the bar.

My inks won’t be concealed,

Unless I’ve nothing, and I’m confused.

I’m a loner for I’m kinda in a shackles

Caged and dwelled in the sea of magnet

I wonder what I would have become

If words were to be a pen

Like a speaker, my pen will speak for the world.

And my ink will cleanse the literary world.

But only if it really were,

The bonds of taciturnity will mar.

My pen will serve as a mirror,

With satirical effect bouncing back on the society.

My pen will do this leaving my mouth on taciturnity.

And my pen will produce a golden ink

Ink that will wail and sail through the sea

And the journey of the thousand years will be cut short

My memories will comprise of my stories

That the coming  generations will learn from

If words were a pen

Things would have been done in a great way

And great nations would have been planted

Written by Adijat and Saheed