My Experience As A Time Traveller

I was in the room, one hot morning, when I saw a book on Literature. I opened it and began to read. At a particular page, I stopped. This page was giving lessons on some literary techniques. I wouldn’t lie, the one that captivated my mind was “foreshadowing”. I read it downwards, then I found “Flashback” and I read it. This “Flashback” made me flashbacked to the past. To the time of Professor Wole Soyinka, Professor William Shakespeare.

I went back in time, to William Shakespeare’s childhood time, when he was still a student. Do you know what I saw? I saw many teachers if not all, with intriguing qualities of teaching and with different good methods. With good words that encourage students. Words that serve as a means to their strength. I was really impressed that I totally forgot I time traveled, I was really in a different world. If you think this isn’t true, then how do you think William Shakespeare’ intellectual properties create and pose to be a “problem” to this literary world?  His teachers, obviously had made him believe in his power to wield knowledge,  to believe in his own greatness. What could have made a “dropout” do what a graduate can’t? Encouragement!!! Of course, since there was be a Judas among the disciples of Jesus, there were bad ones that wish for downfall. There would be teachers that opposed his success. Then I time  traveled back to fave the realities of this present life. How many teachers still tend to encourage thier students, after failure, without critics, without gifting him obloquy?  There are, of course. But the darkness is just so strong that it overwhelms the light. Listen carefully and hear the way the light pants lifelessly.

Isn’t it vivid?  Isn’t it lucid and crystal clear?  The glamour of this country is fast getting drown. There are solutions, but it will be quite hard to straighten a bend iron. Since I wasn’t paying transport fare of being transported into different places, then I had my time to go anywhere. I held the arms of literature as we both flee to Woke Soyinka’s house. Then, he hadn’t started writing. I booked my flight so well that it was the right destination.

Professor Wole Soyinka held a book, then, a novel to be precise. He was reading the book with all signs of seriousness. His look, at the book, was a sublime one. It was obvious he was diving in the river of the book’s contents. Then suddenly, he stopped reading at an halfway and went inside to bring an exercise book and a pen. He wrote something and that was a play!!!  He didn’t steal someone else’s intellectual property or he would have been sued of being a plagiarist. He grabbed his from another person’s. That’s what I call “Reading and implanting”.  A quote says, “Read so that you can be read”.  He followed, see the results. After this, I returned to face reality again. Which indeed hurts.

Although, there are still many skilled writers outside there, but only 10% of them write didactically. Only few, after being read, will make those that read them be read. But why?  This is because they pander the society. That’s why we see many write-ups that seem to prosaic. Since this is what is happening now,  can someone who is talented but whose talent has not been discovered yet, be inspired by most books available now?

He, who is talented and skilled does not have any hand that can help. He, who has a hand that can help is not talented. This is not totally true, but it is close to be so. This is what makes most of the available literary works seem to be absolute nonsense. Oh!  The tears of proficiency is fast becoming an ocean.

Tea, jumbled up with mud is poured in a tea cup. Since it’s detrimental to the taste, then we have to pour it away and refill our cup with only clean tea, but after the cup has been cleaned. People that are jumbled with immoral dexterity, skills and intelligence should be rectified and few with a new good food of intelligence after the first one had been vomited and cleaned, including the mouth.

The only reason I enjoyed my time traveling was because of what I saw and learned. Let’s help the light up, kindle it, and beat the dark. Then when my great granddaughters  and grandsons and yours, time travelled, they should be impressed and had wonderful positive lessons from our own time. 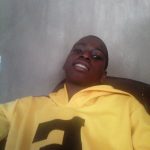