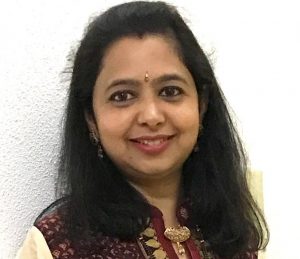 Sati ran after her husband Ramesh, “Would you please bring some limestone in the evening while returning home.” She requested, her kohl black eyes were overshadowed with pain.

“Hmm!” exclaimed Ramesh and left on his noisy bicycle. The screws being loose, its wheels wavered while moving. Ramesh adjusted himself on the seat so as to avoid the torn sharp end of its cover. The unpaved road obliged by puddles didn’t help much with the bumpy ride that he took every day. The villages in those days hardly had any connection with the urban world. Roads, electricity, Water supply and even toilets in every house were unheard of. An eco-system in itself, village was self-sufficient to provide for its lives. The dwellers hardly missed anything in that village. Ignorance of modern developments certainly came in the form of bliss. But now, things had changed even for this remote village. The trails of consecutive droughts had smashed the backbone of this village and it’s dwellers.

Sati picked up her baby, eighteen months old son Keshav, tied him on her back with her old saree and left the house with a brass pot tucked at her waist. A few more village women joined her as she walked towards the only Baawdi (step well) outside the village.

Laxmi came forward and spoke to Sati. She was Sati’s confidante who stood strong with her in all the vicissitudes of this famine afflicted life. She slipped a tiny bag of sugar in Sati’s hands and lovingly touched the dirt coated cheeks of Keshav.

“Come on take it.” urged Laxmi, giving some millet flour flat bread to Keshav. She knew he must be hungry by now.

Pressing Laxmi’s hand Sati glanced at her and quietly offered thanks.

“Did Ramesh manage to get some employment in the factory on the outskirts of our village?” Laxmi asked adjusting her pallu on her head..

“Not until now. But he is hopeful.” Sati tried to convince herself more than Laxmi.

“He must find something soon. Else, you might lose the only plot of land you possess. The loan merchant is confiscating the lands of those who are failing to pay the debt interest too now. He literally robbed a villager off his land yesterday” Laxmi warned Sati.

Sati looked up at the sky hoping for some miracle. In-fact “Looking up” was a common ritual amongst these villagers. It was as if there was a solution up there for all their troubles.

Looking at the sky, all the travelers hoped to see something else in place of the blinding scorching sun. Perhaps the water laden dark grey clouds. Singing folk-songs, they try to push their heavy minds away. It’s their unique strength to focus only on what is calming to distract themselves from the looming difficulties of life.

Laxmi began singing “Panihaari” (a folk song, women sing on their long way to the source of water in theThar desert. Panihaari refers to the woman walking afar to fetch water for domestic use. Most such songs have water or rain as their content and theme and some are a humorous take on their life and relations). The other women joined her. Sati was too distracted to join in the custom. Keshav on her back had finished chewing his bread. “Ma milk, ma milk…” He was now crying and patting Sati’s shoulders with his tiny hands. Sati’s heart was cracking with each cry she heard. She slowed down to get keshav off her back and brought him close to her bosom. Keshav rooted for her as she took out her dried up breast. Covering him with her saree end, she sighed with guilt for fooling her baby. Keshav was as satisfied now as any other baby with a dummy.

“Huh Huh…” a shepherd passed by with his herd of goats and sheep. He gave a fleeting look to this lonesome woman sitting on the side with her baby. Moving forward he slowed down a bit.

“Greetings Kaka (Uncle)” Sati cast away her shyness and age old tradition of their community where women never spoke to any men other than her husband, father or brother.

“Are you referring to me?” The shepherd astounded, confirmed looking around him to make sure if there was any one else too.

“Yes, Kaka!” Sati spoke still covering her face with a veil (of her saree)

“I see you have quite a few cattle here. Can you milk them now? My child is starving for milk since last three days.”

“This famine has really broken all of us this year. A constant stress on our resources for the last five years in a row now.” Groaned the shepherd.

“Could you spare some milk for my child please? I’ll pay you anyhow Kaka.” Sati literally begged.

“Ok if you promise to pay me in cash or kind, I’ll milk my goat right now for your child. But the tragedy is that we all are struggling and the question is what do you have to pay me?” The shepherd inquired.

“I shall give you the last piece of this silver jewelry that my mother gave me when she married me off as a little girl.” Sati said removing the nose pin from her nose.

“Here, take this and give me some milk now.” Entreated Sati.

“Ok…as you wish lady.” The shepherd milked one of his goats in a glass that he was carrying to drink water and offered it to Sati.

“Keep the glass with you.” Shouted the shepherd hurrying away with his herd.

Having fed the milk to Keshav, Sati again bound him to her back. Keshav, fulfilled, now slept peacefully. Sati increased her pace to catch up with her “Panihaari” group. Soon she was at the “Baawdi” (step well). Having filled their vessels with water they all retraced the long walk back home, no one noticing that her nose pin was missing.

“Our field is gone Sati, the loan-merchant confiscated it.” Ramesh broke the news when he came back home in the evening.

“Here is your limestone. Could find it with difficulty at a betel kiosk. He obliged to give some for free. But why did you want it?” asked Ramesh.

Sati looked at Keshav and gave the same painful smile. Saying nothing she got busy with Keshav. She had no work to do as by now they had run out of even the millet flour for flat bread. Lentils and rice were long gone.

Dissolving a pinch of limestone in a glass of water, she added some sugar that Laxmi had given to her earlier that day. Keshav was again crying for milk. Keeping a rock on her heart she offered the same to her child, not knowing how long will he continue to fight with this unrelenting game of hunger. As Ramesh was drinking water for dinner, she was drinking her own tears and mourning.

Next morning with the first break of light, having lost even the last ray hope – their dried up cracked piece of land; Ramesh, Sati and soon to be hungry Keshav were traveling away in search of a home away from their homeland. The only baggage Sati had was a small bag of borrowed sugar, an empty glass and the piece of Limestone.