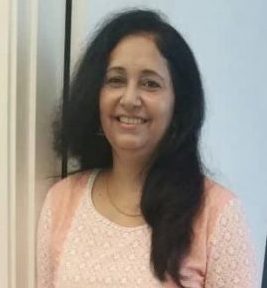 Sometimes your whole life could hinge on that one point, a split-second decision, or the knock on the door. That is the point at which your whole being is awake, alive, burning.

Eliza’s eyes used to wait for that burning moment every twenty four hours, for the last four months now. That moment when Doctor Danny entered her hospital room, and cheered her with his little banter, and soft touches on her comatose body. Her nerve dead, organ dead body that hadn’t moved since the fall from the stairs, became alive. He had faith in his healing process. All she had been doing in the last 120 days was, move her eyeballs and watch the extreme drama that unfolded around her, hear things that she hadn’t learnt in the past fourteen years of her abusive marriage.

Dr. Danny was diligent in his work. Sometimes he tried to coincide their sessions, just before or after the visiting hours. He made effort to update her family with positive responses, giving them hope that Eliza was making progress.

When she was alive and moving, she never had the guts to speak up to her overbearing husband. 14 years, almost 728 weekends of getting shouted at, slapped, hit, pushed, then more. Abusive words getting more abusive over the years, drinking and hitting becoming more violent, you know these stories. Jobs were found and lost, kids came one by one, money forever tight, changing neighborhoods, emotions flying – rage always took over and every night she slept praying for a better tomorrow. She wasn’t even a practicing catholic, for god’s sake!

Now, lying here, in coma, with only her thinking active, all else dead and senseless, she thought and thought in between few hours of sleep and a few minutes of changing sides, sponging, inserting needles and little pipes, which she didn’t feel, just saw. She realized she had wasted her youth in fear, also bred fear in her kids. Her anger grew into big cannon balls every few days when she saw Baxter creating a fuss in the hospital, bringing flowers, flashing his puppy smile at all the nurses. Who knows, they might already be sleeping with him out of pity. Disgusting prick! She decided right there, if ever she got up from this bed, and walked, first thing she will shoot him in the head, then run far away her kids. Her heart cried out for what she and her two kids had endured. She must give them a better life. She wanted to get up from this sore bed, and hug them so much, kiss them, kiss their tears away. Why didn’t she do that when the three of them were sad, were being abused, were hurting so much. She burnt in anger, revenge, and regret every second in this bed.

Minus the 15 minutes Dr. Danny spent with her every single day. He would talk to her gently, when all  other doctors, nurses, her sister, family, treated her as almost dead. Every morning at around 11 am he entered her room smiling, commenting about the weather, the bad traffic, as if he were speaking to a colleague. He explained what they are doing to her today, what process, which medicine, which test, and what course of action after the results came. He would tell her what he had for breakfast, or didn’t have because he had to rush for another patient in the emergency. She had started having conversations with him in her mind. He made her laugh. Once she desperately wanted to make a sarcastic remark, which she did, in her head, and he turned and said, “What? Did you just mock me?” “You bet I did, but I am in coma!”.                                                                                                                                Doctor Danny brought in a consulting neurologist, psychologist and physiotherapist team of three, convinced them he saw a lively glint in her eyes, and they were excited to do some further tests. Well, that wasn’t her idea of fun, but she liked his attention. He started reading to her- jokes, stories, little hospital anecdotes, and closely watched her eye movement and ears, and lips. And she felt nice about it. At the end of 12 weeks, he told Eliza he was preparing a report on her condition, and asking the hospital sanction for more facilities, round the clock vigil and physiotherapy twice a day, which he would perform himself.

She could see he fought with the authorities. He started coming in the late afternoons at 4.15 pm as well. He would massage her toes very softly, press at the base of the big toe, then down a bit, and cup her ankles in each of his palms for a while. She felt tiny tingling sensations. She felt ticklish, although her toes didn’t move. She felt embarrassed of what state her feet must be in – grown nails, no nail paint, cracked heels, dead skins, ughh. She couldn’t even raise her neck to see them, but she knew they must be really sad. He said her kids were very sweet, well behaved, said she must be a good mother. He mentioned how he loved his own mother when she brought him doughnuts after school on Friday’s. He didn’t know how warm his thumb moves felt, how re-assuring. Or maybe he did, that’s why he went on working hard on her case, to make her better. I promise doctor, if I ever walk, I will present myself in a nice summer dress, hair washed, clean feet, nails painted, I may even ask you out. You are the most compassionate man I have ever met. She blinked her eyes and sent messages to him. They connected.

This coma was an eye opener! She felt an immense gratefulness towards life. She wanted to live, move, get back to her passion for baking; she wanted to see her kids grow, help them with homework, cook for them, do picnics with them. She wanted to fight all that abuse. She wanted to hug this gentleman doctor, and tell him again and again how much his words, his actions meant to her. Thank him for giving her a new life.

Her sister Celia visited her in gaps. She had her job, and she often helped Baxter with the kids. Today she almost bumped into Dr. Danny as he was leaving after her session. Celia smiled brightly, and asked to speak with Doctor aside. Dr. Danny stood right there, within earshot and waited for her query politely. Celia hesitated, “Doctor, we trust your judgment and advice. Since I’ve been taking care of the kids, Baxter has asked me to move in with them. Umm, for convenience. Meaning, it would be easier for me to help out, cook, go to work, pick them up after school. Baxter says his work is suffering with all this change, the kids are sad, he is sad.”                                                                          “Should I tell her? I don’t want to do anything without her permission. It’s her house.” Doctor Danny searched her eyes. “It’s your family decision, but I don’t want anything to trouble my patient. She needs extreme care, physically and emotionally.”

God, No. Eliza was raging inside. Her sneaky husband was done faking misery, and was making moves towards her sister. He knew the house belonged to Eliza’s mother and the two sisters were heirs. The whole story would repeat again, he would fuck with her life as well. Hit her, abuse her, scare her, till one day threaten to kill her, and push her down the stairs, choke her till she was almost dead, just like he did to Eliza. He thought she was dead when he called 911, to save himself from becoming a suspect, cried out to the world how that Eliza fell and how he felt so helpless.

Eliza’s whole body was shivering in pain, remorse, worry about what would happen to her sister and kids. The machines started beeping, Doctor Danny rushed in, checking BP, calling the nurses, calling emergency. He feared another concussion, a silent one. She blinked at him, “Don’t save me doctor. I have felt happy and comfortable these last few weeks, like never before. I may not move or speak, but I am fully alive. I don’t want to ever go back to that life. I can’t handle anymore trauma. Let me die.”