It was August, and Summer was at its peak with the temperature soaring at 48°C. The dense vegetation was parched of water as all the water bodies had dried up a fortnight back. The leaves had dried, turned brown, and fallen to the ground alongside the dry undergrowth and twigs. The entire landscape looked brown and dehydrated. You could sense a disaster just waiting to happen.

He was feeling the brunt of recession, having lost his job two months ago. Without his paltry but steady income, he was feeling the pinch. He had tried his luck at getting temporary positions and as a replacement. Unless something came up real soon, he would exhaust his meagre resources by the weekend. It was a very worrying situation.

After a restless night, with sleep eluding him, he returned to the city centre to explore new opportunities. He learnt from his friend that there were some jobs in the county office. But by the time he reached there, he learnt that the five jobs had already been claimed. ‘Shit!’ he exclaimed, as he reached for yet another cigarette. His mind worked on overdrive as he smoked, and fresh streams of sweat trickled down his back.

Suddenly a long lost memory popped out from the recesses of his brain. ‘Hallelujah’, he uttered and grinned revealing an uneven row of nicotine stained teeth. ‘Here comes my job’, he muttered to himself as he headed hurriedly for the forest. Reaching the dry scrub, he tossed the burning stub of his cigarette into the dry as hell scrub, and was thrilled to see the dry twigs and leaves start smoking immediately. By that evening, he had his dream job as a volunteer fire fighter.

In other parts of the world, similar stories were being played out with minor tweaks in players, roles and story lines. Humanity had lost its collective conscience and was hell bent on destroying the very planet Earth that had sustained and nurtured it since time immemorial; their only hope at life. 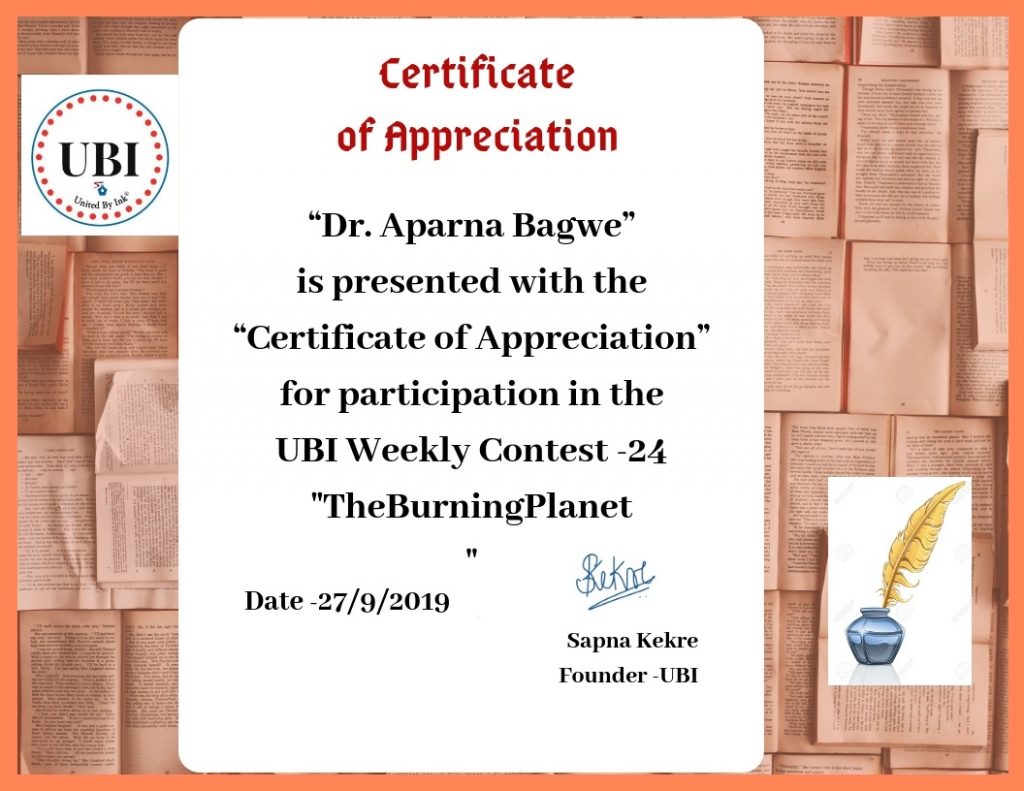