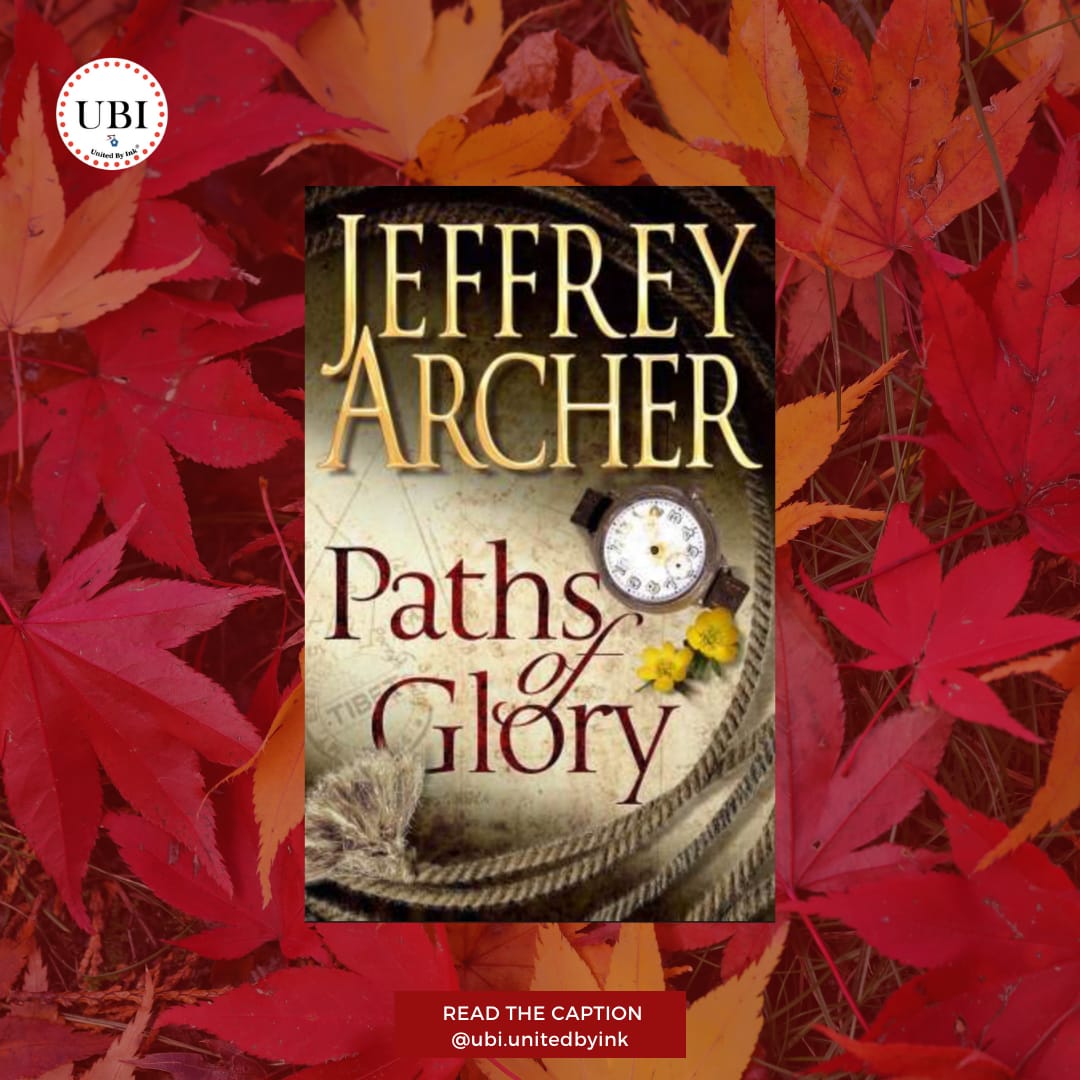 Paths of glory is the story of George Mallory, and his attempt to scale Mount Everest in 1924, nearly three decades before Edmund Hillary’s conquest in 1953. The story revolves around George, his early life, which is hampered by not having a rich father, and his journey to Winchester after winning a scholarship, and from there to Cambridge, which, interestingly, he got into by climbing the college walls to make it to his admission interview, and his attempt to scale the tallest mountain that there is.

However, what starts as a thrilling and adventure-packed story quickly turns bland as the novel becomes a long flashback, a real-life mountaineering mystery serving as the springboard for bestseller Archer’s abysmal novel. The plot begins promisingly with the body of mountaineer George Mallory discovered on the slopes of Mt. Everest in 1999, possibly having been the first man to have reached the summit. But hopes of an adventurous yarn are soon dashed as the novel becomes a long flashback, offering stock vignettes of Mallory’s childhood, Cambridge days and mountaineering adventures.

Archer understands life to be a parade of tricks and that’s how he has presented Mallory’s story. While his everyday life is highly elaborated, the mountaineering sequences are marred by the author’s apparent ignorance of the mechanics of climbing. The characters are not especially compelling either, since the author seems to disregard the need to flesh out lifelike figures. The only key aspect to this book is the knowledge that it is based on true events, and it inspires the readers to learn more about Mallory and his mysterious adventure.

To make his writing more persuasive, Archer weaves in the love story of Mallory and his beautiful wife Ruth. This subplot isn’t really as ancillary as one would think, as part of the Mallory mystery arises from the fact of his avowed intention to leave a photo of Ruth on the Everest summit.

In the book, Archer tracks the arc of Mallory’s life. The story begins with portraying Mallory as an unusually adventurous boy, leading to the man spending a big chunk of his life on several Everest attempts. How correct this portrayal is has little significance as to whether the story feels gripping or not, which it does, but one cannot shake off the feeling that a much better job could have been done with several aspects of the book. The only justification for the author’s insipid description of Mallory’s adventures is that he has not been a particularly venturesome soul himself.

In conclusion, this novel relates the interesting tale of George Mallory, his life, his attempts to climb Mount Everest, and the mystery surrounding his last try, in an uninteresting way. Scoring a 3 out of 5, this book can be picked up on a lazy day, and read for amusement.