“It isn’t what we say or think that defines us, but what we do.”

While her novels defined the era’s novel of manners, they also became timeless classics that remained critical and popular successes for over two centuries after her death. Austen’s writing stands out for its comedy, self-awareness and realistic, detailed portrayals of characters and their relationships. Modern critics remain fascinated by the commanding structure and organisation of the novels, by the triumphs of technique that enable the writer to lay bare the tragicomedy of existence in stories of which the events and settings are apparently so ordinary and so circumscribed.

Austen was born in the Hampshire village of Steventon, where her father, the Reverend George Austen, was rector. She was the seventh of eight children. Her closest companion throughout her life was her elder sister, Cassandra. Their father was a scholar who encouraged the love of learning in his children, and their mother was a woman of ready wit, famed for her impromptu verses and stories. The great family amusement was acting.

Jane Austen’s lively and affectionate family circle provided a stimulating context for her writing. It was this world—of the minor landed gentry and the country clergy, in the village, the neighbourhood, and the country town, with occasional visits to Bath and to London—that she was to use in the settings, characters, and subject matter of her novels. Ever fascinated by the world of stories, Austen began to write in bound notebooks. In the 1790s, during her adolescence, she started to craft her own novels. Austen spent much of her early adulthood helping run the family home, playing piano, attending church, and socialising with neighbours. Her nights and weekends often involved cotillions, and as a result, she became an accomplished dancer. On other evenings, she would choose a novel from the shelf and read it aloud to her family, occasionally one she had written herself. She continued to write, developing her style in more ambitious works such as Lady Susan, another epistolary story about a manipulative woman who uses her sexuality, intelligence and charm to have her way with others. Austen also started to write some of her future major works, the first called Elinor and Marianne, another story told as a series of letters, which would eventually be published as Sense and Sensibility. She began drafts of First Impressions, which would later be published as Pride and Prejudice, and Susan, later published as Northanger Abbey by Jane’s brother, Henry, following Austen’s death.

In 1802 it seems likely that Jane agreed to marry Harris Bigg-Wither, the 21-year-old heir of a Hampshire family, but the next morning changed her mind. There are also a number of mutually contradictory stories connecting her with someone with whom she fell in love but who died very soon after. Since Austen’s novels are so deeply concerned with love and marriage, there is some point in attempting to establish the facts of these relationships. Unfortunately, the evidence is unsatisfactory and incomplete.

For the last 18 months of her life, Austen was busy writing. In January 1817 she began Sanditon, a robust and self-mocking satire on health resorts and invalidism. This novel remained unfinished because of Austen’s declining health. She was suffering from Addison disease and when she knew her condition was at its worst, she wrote her will in April, 3 months before she died on July 18, and six days later she was buried in Winchester Cathedral.

Austen’s style set the stage for the movement of literary realism, which took off in the mid-19th century and included writers such as Leo Tolstoy, George Eliot and Charles Dickens. Her distinctive literary style relies on a combination of parody, burlesque, irony, free indirect speech and a degree of realism. She uses parody and burlesque for comic effect and to critique the portrayal of women in 18th-century sentimental and gothic novels. Austen extends her critique by highlighting social hypocrisy through irony; she often creates an ironic tone through free indirect speech in which the thoughts and words of the characters mix with the voice of the narrator.

Often characterised as “country house novels” or “comedies of manner”, Austen’s novels also include fairy-tale elements. They have less narrative or scenic description and much more dialogue than other early 19th-century novels. Austen shapes a distinctive and subtly constructed voice for each character.

While Austen steers clear of the formal moralising common in early-19th-century literature, morality—characterised by manners, duty to society and religious seriousness—is a central theme of her works. Throughout her novels, serious reading is associated with intellectual and moral development. The extent to which the novels reflect feminist themes has been extensively debated by scholars; most critics agree that the novels highlight how some female characters take charge of their own worlds, while others are confined, physically and spiritually. Almost all Austen’s works explore the precarious economic situation in which women of the late-18th and early-19th centuries found themselves.

Austen’s popularity was modest largely because her works were published anonymously. Her current renown can be traced to the 1940s when literary scholars began analysing her work more closely and feminist critics, in particular, brought her achievements to light. Pride and Prejudice, Austen’s most popular work, exemplifies the qualities of her storytelling but, many scholars see Emma, where Austen’s unique narration style reaches full force, as her greatest novel. 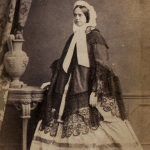 Today, Austen is considered one of the greatest writers in English history, both by academics and the general public. Austen’s transformation from little-known to internationally renowned author began in the 1920s, when scholars began to recognise her works as masterpieces, thus increasing her general popularity. The popularity of her work is also evident in the many film and TV adaptations of Emma, Mansfield Park, Pride and Prejudice, and Sense and Sensibility, as well as the TV series and film Clueless, which was based on Emma.