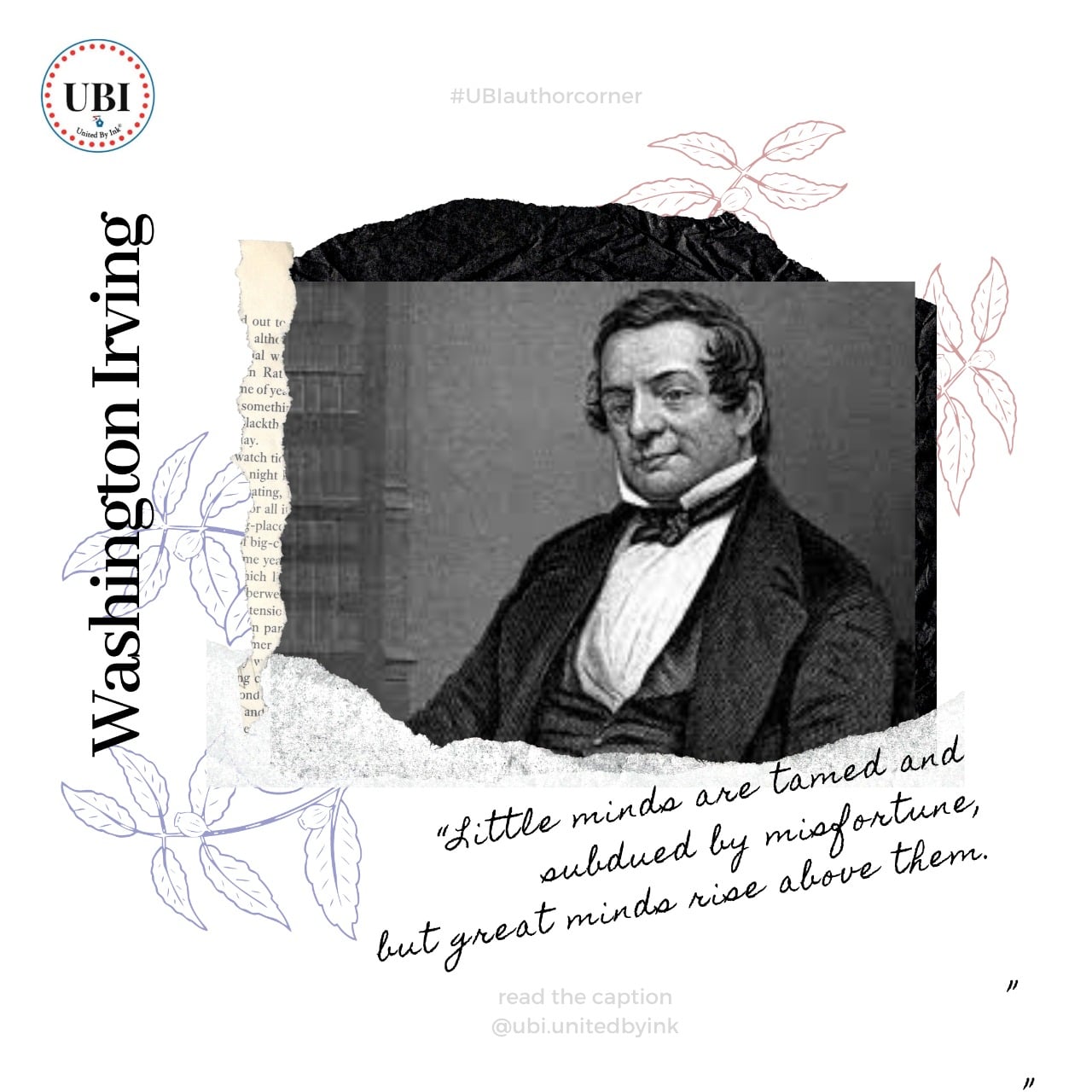 Washington Irving was one of the most famous American authors of the nineteenth century. While he is primarily remembered for short stories such as “Rip van Winkle” and “The Legend of Sleepy Hollow,” he also penned an extensive biography of George Washington.

Born in New York City, Irving was and was the eighth child in his family. Both of his parents emigrated from England to New York twenty years earlier, and his father became a merchant to support the family. As Irving grew up, he found that the things that gave him the most joy in life were reading, drawing, and writing. At the age of nineteen, he began to pursue his passions by writing essays in his brother’s newspaper The Morning Chronicle. By 1819, he made the bold decision to try to make a living through writing alone. Irving felt that he was unsuited for any other form of occupation, and that he was determined to succeed in making a name for himself through writing literature. If he did not succeed, however, he would be willing to take on other forms of employment in order to survive.

Thankfully for him, the gamble paid off after the publication of the essays included in The Sketch Book of Geoffrey Crayon throughout 1819 and 1820. As one reviewer put it, Irving’s series of short stories helped to demonstrate his unique sense of humour and style, best demonstrated by “Rip van Winkle.”The Sketch Book gained Irving attention not just in the United States, but also in England. One Englishman described Irving’s writings as being kind and affectionate, personally favouring the “Essay on Rural Life in England.”

Irving was also appointed secretary of the U.S. legation to London in 1829, a post he held until 1832. After another stint abroad as U.S. minister to Spain (1842-46), Irving spent his later years at his New York estate of “Sunnyside,” which served as a meeting place for the leading writers, artists and politicians of his era. By the 1850s, Irving decided to write a biography of George Washington. In the early nineteenth century, biography was an increasingly popular literary genre and the much-admired Washington was an ideal subject. Previous biographies of Washington had been written by Mason Locke Weems (who invented the cherry tree myth) and Chief Justice John Marshall, but given Irving’s recent literary reputation, a biography of George Washington by him would be very likely to sell.

Irving died the same year that he released the final instalment of the biography. Many were shocked and saddened by his passing. Washington Irving died of a heart attack in Tarrytown, New York on November 28, 1859. He seemed to foretell his death, as he said before going to bed: “Well, I must arrange my pillows for another weary night! If this could only end!” Irving was, fittingly, buried in Sleepy Hollow Cemetery. Flags were held at half-mast at the news of his passing, and many paused and reflected on his achievements as a literary figure. Washington Irving today is primarily remembered for his short stories that took a humorous look at American history and culture. His biography of George Washington, by contrast, also demonstrated his keen ability for presenting history in a professional and engaging. It became one of the most important biographies of the nineteenth century, and it still serves as one of most famous depictions of Washington’s life.