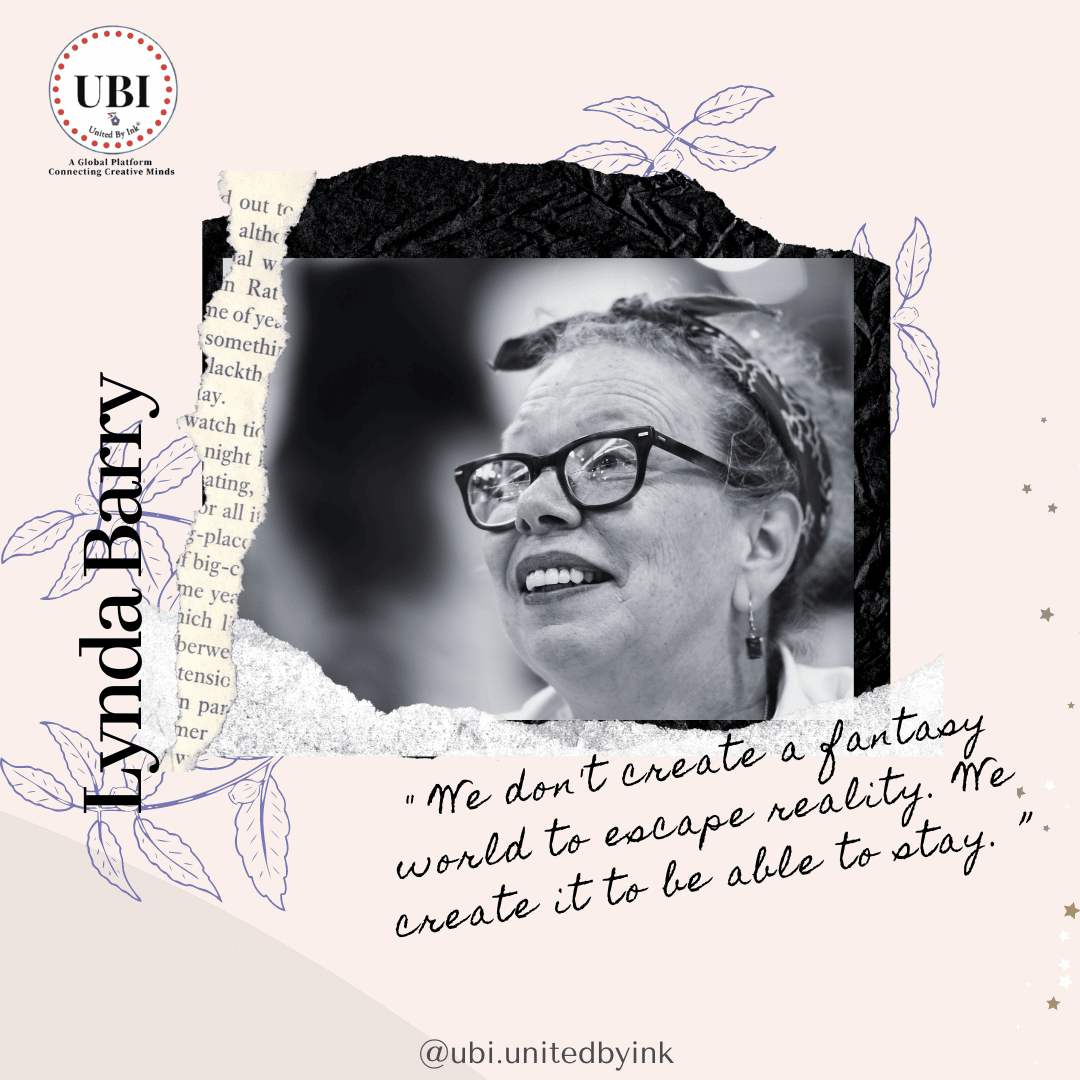 Barry is best known for her weekly comic strip Ernie Pook’s Comeek. She garnered attention with her 1988 illustrated novel The Good Times are Killing Me, about an interracial friendship between two young girls, which was adapted into a play. Her second illustrated novel, Cruddy, first appeared in 1999. Three years later she published One! Hundred! Demons!, a graphic novel she terms “autobifictionalography”. What It Is (2008) is a graphic novel that is part memoir, part collage and part workbook, in which Barry instructs her readers in methods to open up their own creativity; it won the comics industry’s 2009 Eisner Award for Best Reality-Based Work.

In recognition of her contributions to the comic art form, Comics Alliance listed Barry as one of twelve women cartoonists deserving of lifetime achievement recognition, and she received the Wisconsin Visual Art Lifetime Achievement Award in 2013. In July 2016, she was inducted into the Eisner Hall of Fame. Barry was awarded a MacArthur Fellowship as part of the Class of 2019. She is currently an Associate Professor of Interdisciplinary Creativity at the University of Wisconsin–Madison.

In 2020, her work was included in the exhibit Women in Comics: Looking Forward, Looking Back at the Society of Illustrators in New York City.

Linda Jean Barry, who changed her first name to “Lynda” at age 12, was born on Highway 14 in Richland Center, Wisconsin.

Her father was a meat-cutter of Irish and Norwegian descent, and her mother, a hospital housekeeper, was of Irish and Filipino descent. Barry grew up in Seattle, Washington in a racially mixed working-class neighborhood, and recalls her childhood as difficult and awkward. Her parents divorced when she was 12. By age 16, she was working nights as a janitor at a Seattle hospital while still attending high school, where her classmates included artist Charles Burns. Neither of Barry’s parents attended her graduation. Her mother strongly disapproved of Lynda’s love of books and desire to go to college; she said they were a waste of time, and that it was time for Lynda to get a job.

At The Evergreen State College in Olympia, Washington, Barry met fellow cartoonist Matt Groening. Her career began in 1977 when Groening and University of Washington Daily student editor John Keister each published her work without her knowledge in their respective student newspapers, titling it Ernie Pook’s Comeek.