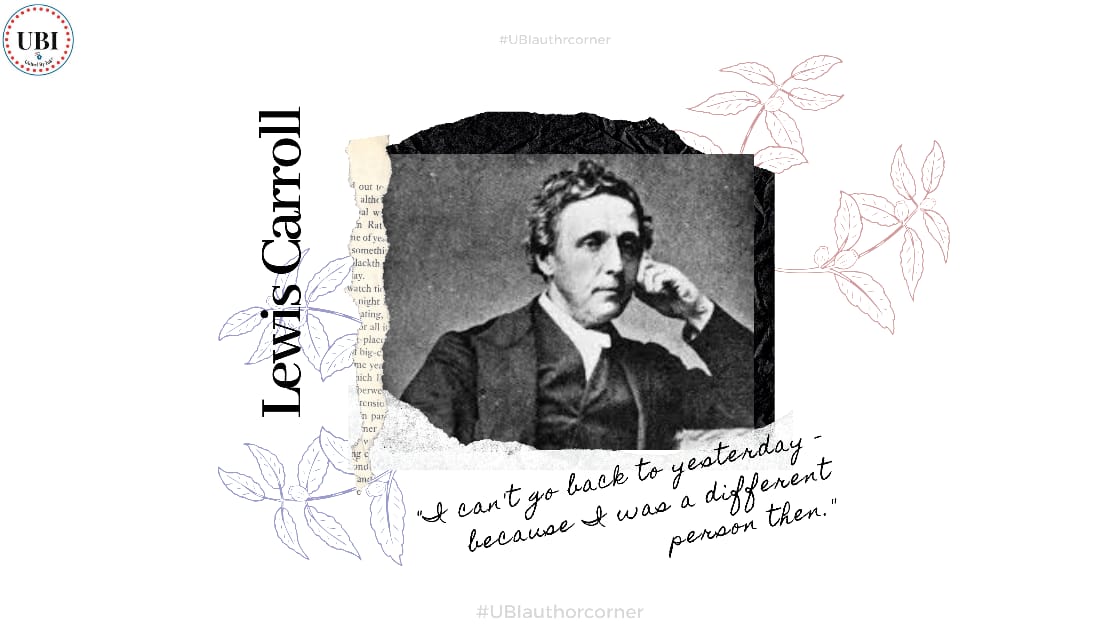 “Everything’s got a moral, if only you can find it.”

Lewis Carroll was an English fiction writer who wrote and created games as a child. At age 20, he received a studentship at Christ Church and was appointed a lecturer in mathematics. Carroll was shy but enjoyed creating stories for children. His most famous books include classics such as Alice’s Adventures in Wonderland and Through the Looking-Glass.

He was the eldest son and third child in a family of seven girls and four boys born to Frances Jane Lutwidge, the wife of the Rev. Charles Dodgson. He was born in the old parsonage at Daresbury. The Dodgson children, living as they did in an isolated country village, had few friends outside the family but, like many other families in similar circumstances, found little difficulty in entertaining themselves. Charles from the first showed a great aptitude for inventing games to amuse them. He attended Richmond School, Yorkshire (1844–45), and then proceeded to Rugby School (1846–50). He disliked his four years at public school, principally because of his innate shyness, although he was also subjected to a certain amount of bullying; he also endured several illnesses, one of which left him deaf in one ear. After Rugby he spent a further year being tutored by his father, during which time he matriculated at Christ Church, Oxford (May 23, 1850). He went into residence as an undergraduate there on January 24, 1851.

Later life and his writing career –

Dodgson excelled in his mathematical and classical studies in 1852; on the strength of his performance in examinations, he was nominated to a studentship (called a scholarship in other colleges). In 1854 he gained a first in mathematical Finals—coming out at the head of the class—and proceeded to a bachelor of arts degree in December of the same year. He held his studentship until the end of his life.

As was the case with all fellowships at that time, the studentship at Christ Church was dependent upon his remaining unmarried, and, by the terms of this particular endowment, proceeding to holy orders. Dodgson was ordained a deacon in the Church of England on December 22, 1861. Had he gone on to become a priest, he could have married and would then have been appointed to a parish by the college. But he felt himself unsuited for parish work and, though he considered the possibility of marriage, decided that he was perfectly content to remain a bachelor.

Dodgson’s association with children grew naturally enough out of his position as an eldest son with eight younger brothers and sisters. He also had a stammer—what he referred to as his “hesitation”—that he never wholly overcame; by some accounts, he was able to speak more naturally and easily to children, though his stammer varied in intensity by circumstance, and his contemporaries noted that it manifested itself with both adults and children.

These factors may have contributed to Dodgson’s beginning to entertain the children of Henry George Liddell, dean of Christ Church. Dodgson was able to write down the story more or less as told and added to it several extra adventures that had been told on other occasions. He illustrated it with his own crude but distinctive drawings and gave the finished product to Alice Liddell, with no thought of hearing of it again. He consulted his friend George Macdonald, author of some of the best children’s story’s of the period. Macdonald took it home to be read to his children, and his son Greville, aged six, declared that he “wished there were 60,000 volumes of it.”

The book was published as Alice’s Adventures in Wonderland in 1865. The book was a slow but steadily increasing success, and by the following year Dodgson was already considering a sequel to it, based on further stories told to the Liddells. The result was Through the Looking-Glass and What Alice Found There (dated 1872; actually, published December 1871), a work as good as, or better than, its predecessor. By the time of Dodgson’s death, Alice (taking the two volumes as a single artistic triumph) had become the most popular children’s book in England: by the time of his centenary in 1932 it was one of the most popular and perhaps the most famous in the world. The book is not an allegory; it has no hidden meaning or message, either religious, political, or psychological, as some have tried to prove; and its only undertones are some touches of gentle satire—on education for the children’s special benefit and on familiar university types, whom the Liddells may or may not have recognized.

Besides children’s stories, Dodgson also produced humorous pamphlets on university affairs, which still make good reading. The best of these were collected by him as Notes by an Oxford Chiel (1874). Dodgson had an early ambition to be an artist: failing in this, he turned to photography. He photographed children in every possible costume and situation, finally making nude studies of them. Despite conjecture, little real evidence of child abuse can be brought against him. Shortly before his 66th birthday, Carroll caught a severe case of influenza, which led to pneumonia. He died on January 14, 1898, leaving an enigma behind him.

Before he had told the original tale of Alice’s Adventures, Dodgson had, in fact, published a number of humorous items in verse and prose and a few inferior serious poems. The earliest of these appeared anonymously, but in March 1856 a poem called “Solitude” was published over the pseudonym Lewis Carroll.