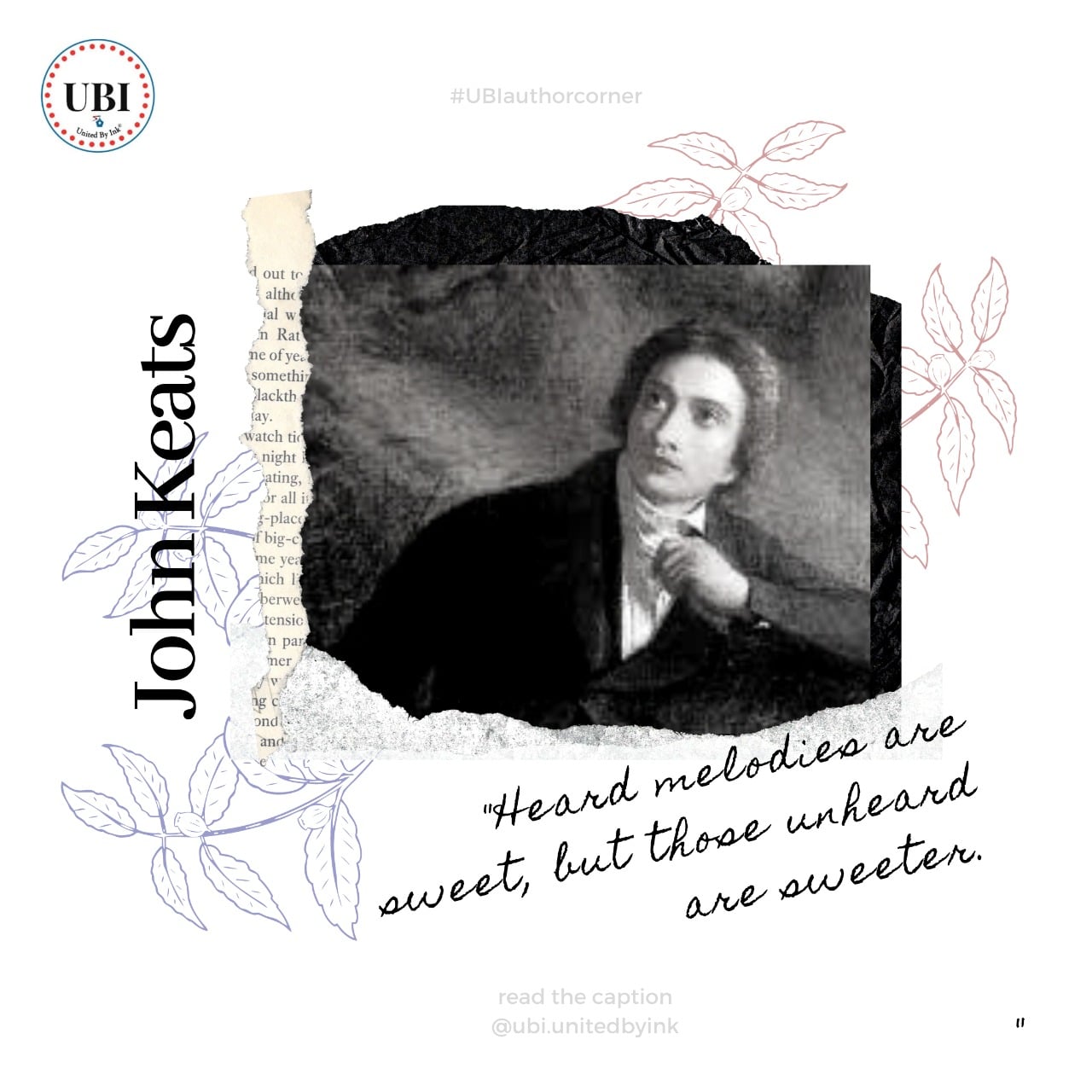 English Romantic poet John Keats was born on October 31, 1795, in London. The oldest of four children, he lost both his parents at a young age. His father, a livery-stable keeper, died when Keats was eight; his mother died of tuberculosis six years later. After his mother’s death, Keats’s maternal grandmother appointed two London merchants, Richard Abbey and John Rowland Sandell, as guardians. Abbey, a prosperous tea broker, assumed the bulk of this responsibility, while Sandell played only a minor role. When Keats was fifteen, Abbey withdrew him from the Clarke School, Enfield, to apprentice with an apothecary-surgeon and study medicine in a London hospital. In 1816 Keats became a licensed apothecary, but he never practiced his profession, deciding instead to write poetry.

Around this time, Keats met Leigh Hunt, an influential editor of the Examiner, who published his sonnets “On First Looking into Chapman’s Homer” and “O Solitude.” Hunt also introduced Keats to a circle of literary men, including the poets Percy Bysshe Shelley and William Wordsworth. The group’s influence enabled Keats to see his first volume, Poems by John Keats, published in 1817. Shelley, who was fond of Keats, had advised him to develop a more substantial body of work before publishing it. Keats, who was not as fond of Shelley, did not follow his advice. Endymion, a four-thousand-line erotic/allegorical romance based on the Greek myth of the same name, appeared the following year. Two of the most influential critical magazines of the time, the Quarterly Review and Blackwood’s Magazine, attacked the collection. Calling the romantic verse of Hunt’s literary circle “the Cockney school of poetry,” Blackwood’s declared Endymion to be nonsense and recommended that Keats give up poetry. Shelley, who privately disliked Endymion but recognized Keats’s genius, wrote a more favourable review, but it was never published. Shelley also exaggerated the effect that the criticism had on Keats, attributing his declining health over the following years to a spirit broken by the negative reviews.

Keats spent the summer of 1818 on a walking tour in Northern England and Scotland, returning home to care for his brother, Tom, who suffered from tuberculosis. While nursing his brother, Keats met and fell in love with a woman named Fanny Brawne. Writing some of his finest poetry between 1818 and 1819, Keats mainly worked on “Hyperion,” a Miltonic blank-verse epic of the Greek creation myth. He stopped writing “Hyperion” upon the death of his brother, after completing only a small portion, but in late 1819 he returned to the piece and rewrote it as “The Fall of Hyperion” (unpublished until 1856). That same autumn Keats contracted tuberculosis, and by the following February he felt that death was already upon him, referring to the present as his “posthumous existence.”

In July 1820, he published his third and best volume of poetry, Lamia, Isabella, The Eve of St. Agnes, and Other Poems. The three title poems, dealing with mythical and legendary themes of ancient, medieval, and Renaissance times, are rich in imagery and phrasing. The volume also contains the unfinished “Hyperion,” and three poems considered among the finest in the English language, “Ode on a Grecian Urn,” “Ode on Melancholy,” and “Ode to a Nightingale.” The book received enthusiastic praise from Hunt, Shelley, Charles Lamb, and others, and in August, Frances Jeffrey, influential editor of the Edinburgh Review, wrote a review praising both the new book and Endymion.

The fragment “Hyperion” was considered by Keats’s contemporaries to be his greatest achievement, but by that time he had reached an advanced stage of his disease and was too ill to be encouraged. He continued a correspondence with Fanny Brawne and—when he could no longer bear to write to her directly—her mother, but his failing health and his literary ambitions prevented their getting married. Under his doctor’s orders to seek a warm climate for the winter, Keats went to Rome with his friend, the painter Joseph Severn. He died there on February 23, 1821, at the age of twenty-five, and was buried in the Protestant cemetery.