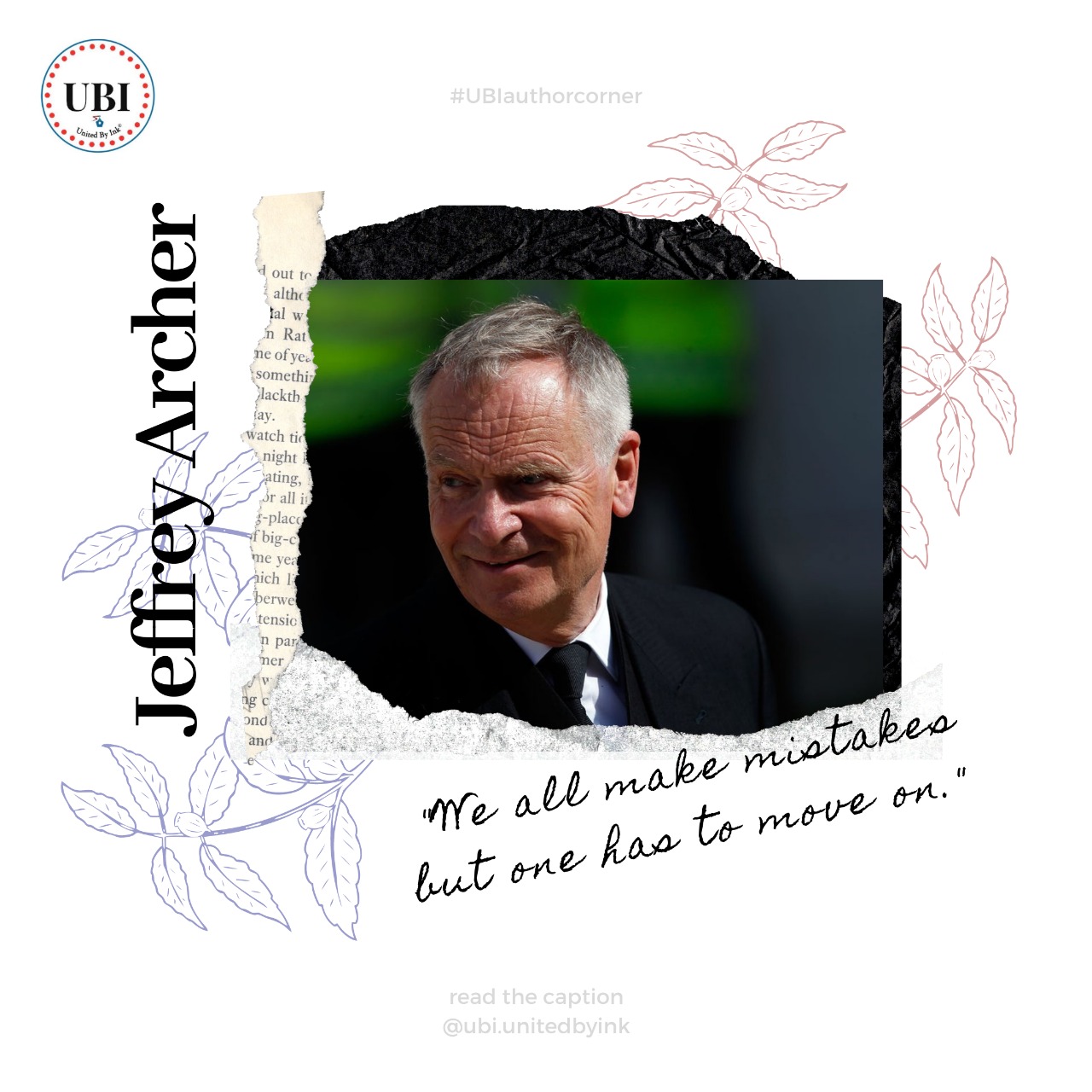 “While there may not be a book in every one of us, there is so often a damned good short story”

I remember being forced by my mother to give up my Harry Potter re-reads in 7th grade telling me ‘even if its fiction you want to read, read something better’. The following day itself I was handed 2 thick books by an author I had never heard of or had any interest in reading but 20 pages into the novel, Kane and Abel, I was so engrossed and fascinated that it didn’t take me long to start reading what I considered the big-league books starting with this particular author who had won me over by his way of storytelling. Jeffrey Archer is a bestselling author and former politician who has sold over 300 million copies in his career till now. He is one of the very few authors ever to have been a number one bestseller in fiction, short stories, and non-fiction.

Archer is born on April 15, 1940, in the City of London maternity hospital to William Archer and his wife Lola. Although he was born in London his family moved 2 weeks after his birth to Somerset, a county in Southwest England where he was raised and attended Wellington private school on a scholarship. His father was a conman who impersonated another man who shared his name and was a deceased war medal holder and died early in Jeffrey’s life when he was just 16 as he was quite old, i.e., 64 years when Jeffrey was born. His appearance was bony and lean but he was a track champion and reached the national level for the same. He graduated his O levels in Literature, History, Art in high school. He then dabbles in various jobs involving training for the army, working with the metropolitan police and also as a physical education teacher at a school and then a college too.

He later enrolled at the Oxford University Department for Continuing Education where he earned a diploma in teaching. He is suspected of providing the university with false academic qualifications to get into the course which was kept under the wraps and has no formal record of the same. He graduated from Brasenose College with a diploma education. He was an active member of fundraising managing to persuade The Beatles to play a charity concert on campus and landed a professional fundraiser position before he set out to have a political career continuing this even after leaving Oxford. It was during his time there that Archer met his wife, Mary Weeden, whom he married later on and had two children with and now grandchildren too.

At age 29, he became one of the youngest MPs in the history of the House of Commons, but his plans derailed in 1974 after a shady Canadian firm he’d invested heavily in went belly up. Penniless, he resigned from the House of Commons in the face of seemingly insurmountable debt. To recoup his losses, he decided to become a best-selling novelist. “All I need to do that is a lot of paper and a lot of pencils,” he told a friend. Not A Penny More, Not A Penny Less, partly based on his own troubles, became an instant hit and helped pay off creditors. To date, he has notched up sales of over 120 million books worldwide.

His political career was once again placed in jeopardy, however, when in October 1986 a UK tabloid printed a story about him reportedly paying a prostitute to leave the country after he had allegedly been caught enjoying her services. Although he won the libel suit against the papers and emerged unscathed, he resigned from his position as deputy chairman citing “lack of judgment”. Lord Archer was found guilty on four counts of perjury and perverting the course of justice. He was sentenced to four years in prison in July 2001 but was released in early 2003.

Archer’s style of storytelling is simple; his stories are, however, full of twists, revelations and unpredictable endings. They may not be great works of profound prose, but what works for him is the fact that his readers are more interested in the story than in the telling of it. His books are not the typical boy-meets-girl-and-falls-in-love tale; he brings a bit of everything to the table: an autobiographical account of his near-bankruptcy experience (Not a Penny More, Not a Penny Less, 1976), a fictitious version of the legend of Seward’s Folly through a mysterious letter to a son from his father (A Matter of Honour, 1986), and a dramatic and contemporary retelling of Dumas’s The Count of Monte Cristo (A Prisoner of Birth, 2008), among many others.

He wrote his first book making his life a fiction tale in 1976 as a means to avoid bankruptcy and repaying his debtors. The book was picked by a literary agent in the USA and eventually in Britain too. It was a bestseller which was also adapted by BBC television for a small show. His best work is said to be a 40-year-old novel Kane and Abel which is considered as one of the classics in the literary world. Archer has said that he spends considerable time writing and re-writing each book. He goes abroad to write the first draft, working in blocks of two hours at a time, then writes anything up to 17 drafts in total. Since 2010, Archer has written the first draft of each new book at his luxury villa in Majorca called “Writer’s Block”. Apart from novels and short stories, he has also written stage plays.

Whilst Archer’s books are commercially successful, critics have been generally unfavourable towards his writing. He has also found himself in numerous scandals be it fraud in politics or plagiarism in writing. His life has always been something of a roller-coaster, however, and yet another upswing could be just around the corner. Archer, who wrote his first book at the age of 34, believes that age plays an important role in one’s style of writing, and asserts, “I’m not a writer, I’m a story-teller.” He suggests, “One shouldn’t start writing before 30. You need to gain experience in life, travel to different places, meet new people…even your writing style is more developed with age.”

He claims to be a storyteller and not a writer and follows a very hardworking regime of being at his desk by 6 am when he is working. Archer has also said on countless occasions that he likes to maintain consistency when it comes to his writing and has a book releasing later this month in October 2020 and 2 confirmed new novels next year in 2021!