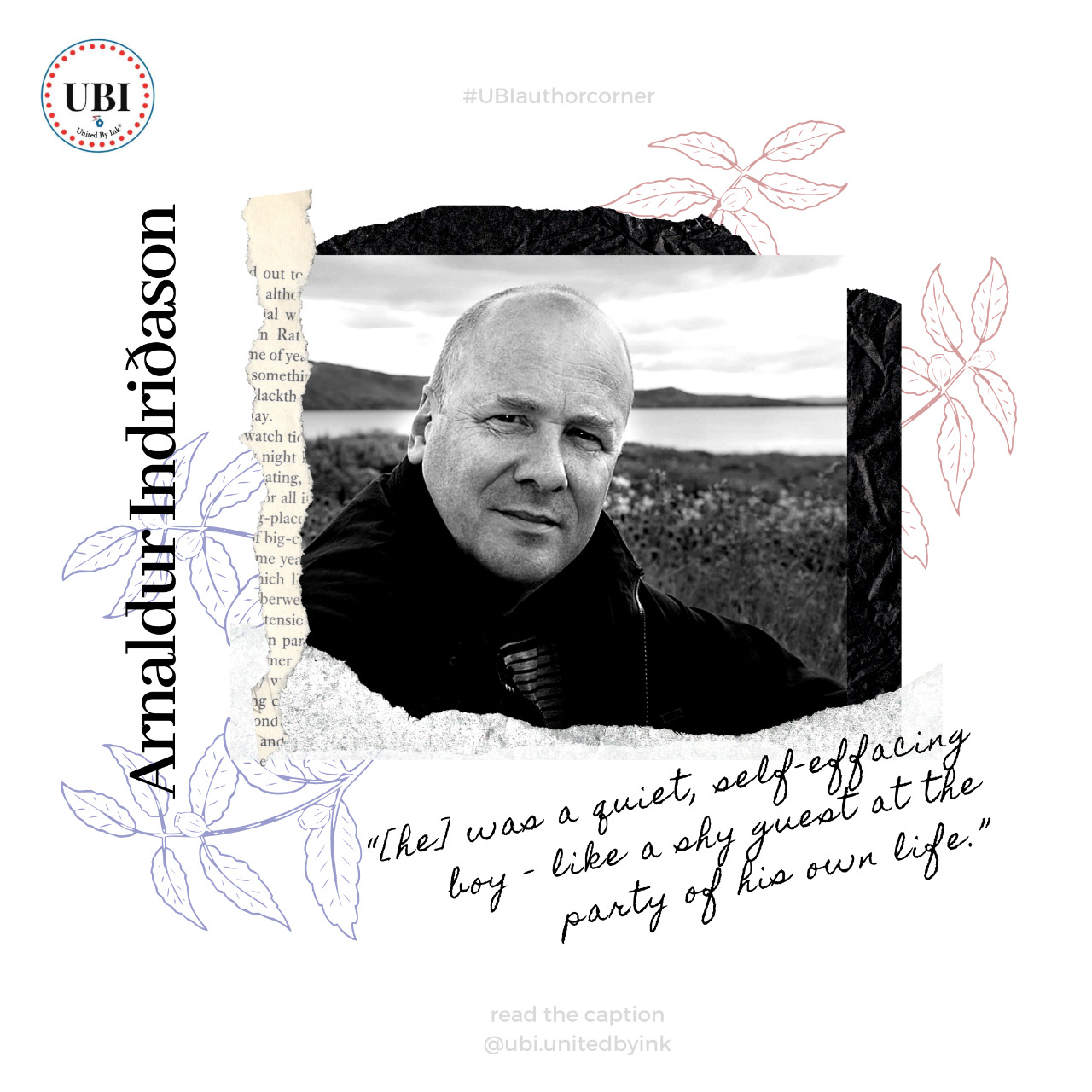 Arnaldur Indridason was born in Reykjavik on January 8 1961. He graduated with a B.A. degree in history from the University of Iceland in 1996. He was a journalist at Morgunbladid newspaper from 1981 – 1982 after which he became a freelance script writer. From 1986 – 2001 he worked as a film critic for Morgunbladid.

: Arnaldur Indriðason is one of Iceland’s most successful crime fiction novelists. Shortly after finishing secondary school, he began working for Morgunblaðið newspaper in Reykjavik as a journalist and later as a film critic. He began writing full time shortly before the publication of his first internationally successful book, Mýrin, translated as Jar City. Jar City has been nominated for numerous international awards and won Britain’s Golden Dagger award from the Crime Writers Association. Jar City takes place in Reykjavik and follows detective Erlendur Sveinnson’s investigation of an elderly man’s murder. While most murders in Iceland are purportedly easily solved, this particular case draws connections across the entire community, where most people are associated to each other in some manner.

Many reviews of Jar City were favorable. Booklist reviewer Bill Ott called it a “powerful, psychologically acute procedural drama,” while a critic in Kirkus Reviews felt it was “a model puzzle presented with clarity and crisp economy.” Rex E. Klett, reviewing the book for Library Journal, stated that the book “captures the reader’s attention with its direct prose and depiction of a distinctive culture.” This distinct culture also received mention in Kara Kellar Bell’s review on the Laura Hird Web site. “This is a culture which is both familiar and a little different, and that ought to appeal to the less adventurous readers of police procedurals who might otherwise be reluctant to read foreign language translation out of a fear of massive culture shock.

Arnaldur has published a number of thrillers, the first was Synir duftsins (Sons of Earth) in 1997. Most of his novels involve the same team of detectives. He has adapted three of his books for the Radio theatre at the Icelandic Broadcasting Service. Arnaldur is one of Iceland’s leading crime story writers. He has received numerous awards for his books, among them the Glass Key Prize, an award given by Skandinaviska Kriminalselskapet (Crime Writers of Scandinavia) two years in a row, the first author to do so. In 2002 for his book Mýrin (Jar City, 2000) and in 2003 for Grafarþögn (Silence of the Grave, 2001). Silence of the Grave also received the Golden Dagger in 2005, hosted by the Crime Writer’s Association in Britain. Arnaldur received The Drop of Blood, the Icelandic Crime Fiction Award, for Harðskafi (2007) and so was nominated for the Glass Key Prize a third time.

Arnaldur’s books have been translated to a number of languages and been very well received abroad, as by readers and critics in Iceland. Arnaldur has received grants from The Icelandic Film Fund to write film scripts based on two of his novels. The Icelandic director Baltasar Kormákur (101 Reykjavík) premiered his film based on Mýrin (Jar City) in October 2006 and Snorri Thórisson is developing an international production of Napóleonsskjölin (Operation Napoleon).

Arnaldur Indridason lives in Reykjavik. He is married with three children.