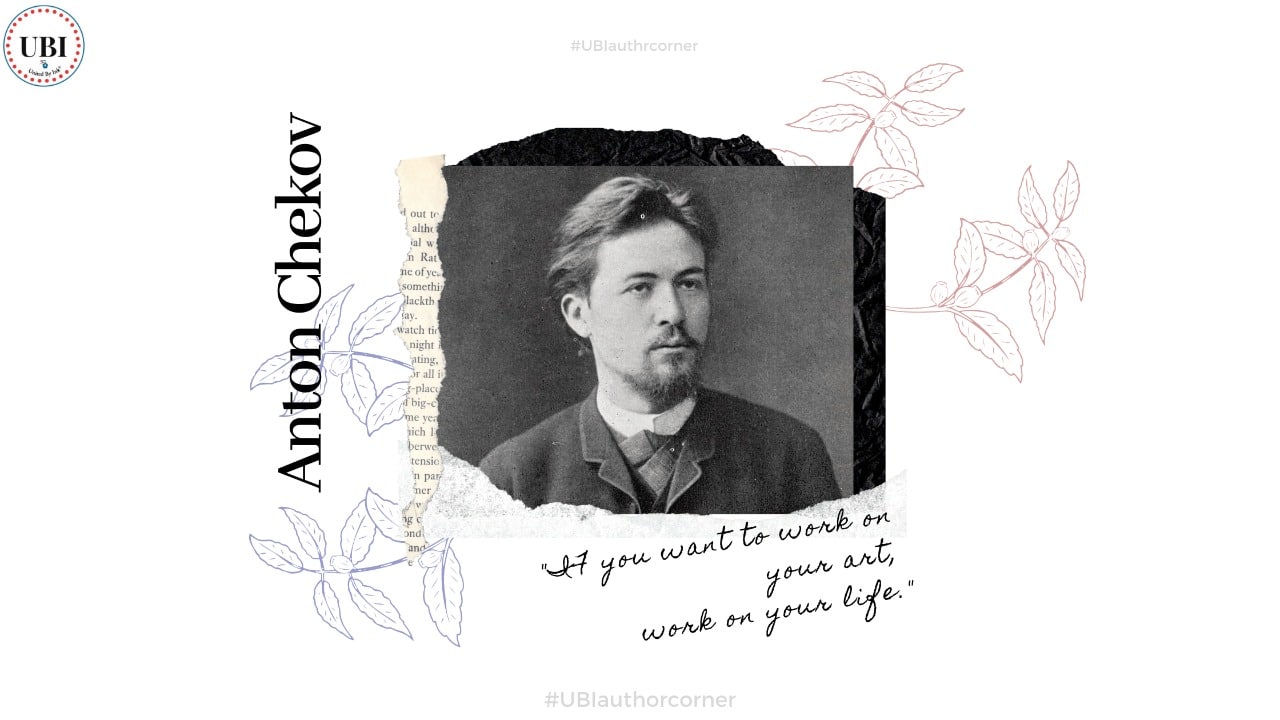 “Knowledge is of no value unless you put it into practice.”

Russian playwright and master of the modern short story, Chekov was a literary artist of laconic precision who probed below the surface of life, laying bare the secret motives of his characters. Chekhov’s best plays and short stories lack complex plots and neat solutions. Concentrating on apparent trivialities, they create a special kind of atmosphere, sometimes termed haunting or lyrical. His work described the Russian life of his time using a deceptively simple technique devoid of obtrusive literary devices, and he is regarded as the outstanding representative of the late 19th-century Russian realist school.

Born on Jan 29, 1860, Chekov was the third of six children. His father was a grocer, painter and religious fanatic with a mercurial temperament who “thrashed” his children and was likely emotionally abusive to his wife. Childhood remained a painful memory to Chekhov, although it later proved to be a vivid and absorbing experience that he often invoked in his works.

After briefly attending a local school for Greek boys, Chekhov entered the town gimnaziya (high school), where he remained for 10 years. There he received the best standard education then available—thorough but unimaginative and based on the Greek and Latin classics. During his last three years at school Chekhov lived alone and supported himself by coaching younger boys; his father, having gone bankrupt, had moved with the rest of his family to Moscow to make a fresh start.

In the autumn of 1879 Chekhov joined his family in Moscow, which was to be his main base until 1892. He at once enrolled in the university’s medical faculty, graduating in 1884 as a doctor. By that time, he was already the economic mainstay of his family, for his father could obtain only poorly paid employment. As unofficial head of the family Anton showed great reserves of responsibility and energy, cheerfully supporting his mother and the younger children through his freelance earnings as a journalist and writer of comic sketches—work that he combined with arduous medical studies and a busy social life.

Chekhov began his writing career as the author of anecdotes for humorous journals, signing his early work pseudonymously. By 1888 he had become widely popular with a “lowbrow” public and had already produced a body of work more voluminous than all his later writings put together. And he had, in the process, turned the short comic sketch of about 1,000 words into a minor art form. He had also experimented in serious writing, providing studies of human misery and despair strangely at variance with the frenzied facetiousness of his comic work. Gradually that serious vein absorbed him and soon predominated over the comic.

One of his most famous quotes which describes his passion for both medicine and literature is – “”Medicine is my lawful wife and literature my mistress; when I get tired of one, I spend the night with the other.”

Chekhov’s literary progress during his early 20s may be charted by the first appearance of his work in a sequence of publications in the capital, St. Petersburg, each successive vehicle being more serious and respected than its predecessor. Finally, in 1888, Chekhov published his first work in a leading literary review, Severny vestnik (“Northern Herald”). With the work in question—a long story entitled “Steppe”—he at last turned his back on comic fiction. “Steppe,” an autobiographical work describing a journey in the Ukraine as seen through the eyes of a child, is the first among more than 50 stories published in a variety of journals and selections between 1888 and his death in 1904. It is on that corpus of later stories, but also on his mature dramas of the same period, that Chekhov’s main reputation rests.

In 1897 Chekhov was diagnosed with tuberculosis. He purchased land in Yalta in 1898 after his father’s death and had a villa built. He moved into the villa in 1899 with his mother and sister. This was a very prolific period for the great writer and he produced some of his most famous work during this period. Amongst those works is a trilogy featuring Ivan Ivanovitch, a veterinary surgeon and his schoolmaster friend, Burkin. The two are on a small trekking and shooting holiday. Chekhov overlays three stories that are amongst his most famous short stories in a trilogy sometimes referred to as “The Little Trilogy”. The three short stories, in order, are: The Man in a Case, Gooseberries and About Love. It was also during this period in Yalta that he produced Three Sisters and The Cherry Orchard.

Witty to the end, Chekhov’s last words were, “I haven’t had champagne for a long time.” His words were a satirical reference to a specific etiquette practiced in German medicine at the time; when it was determined that there was no hope for a patient’s recovery, it was customary for the doctor to offer the patient a glass of champagne.