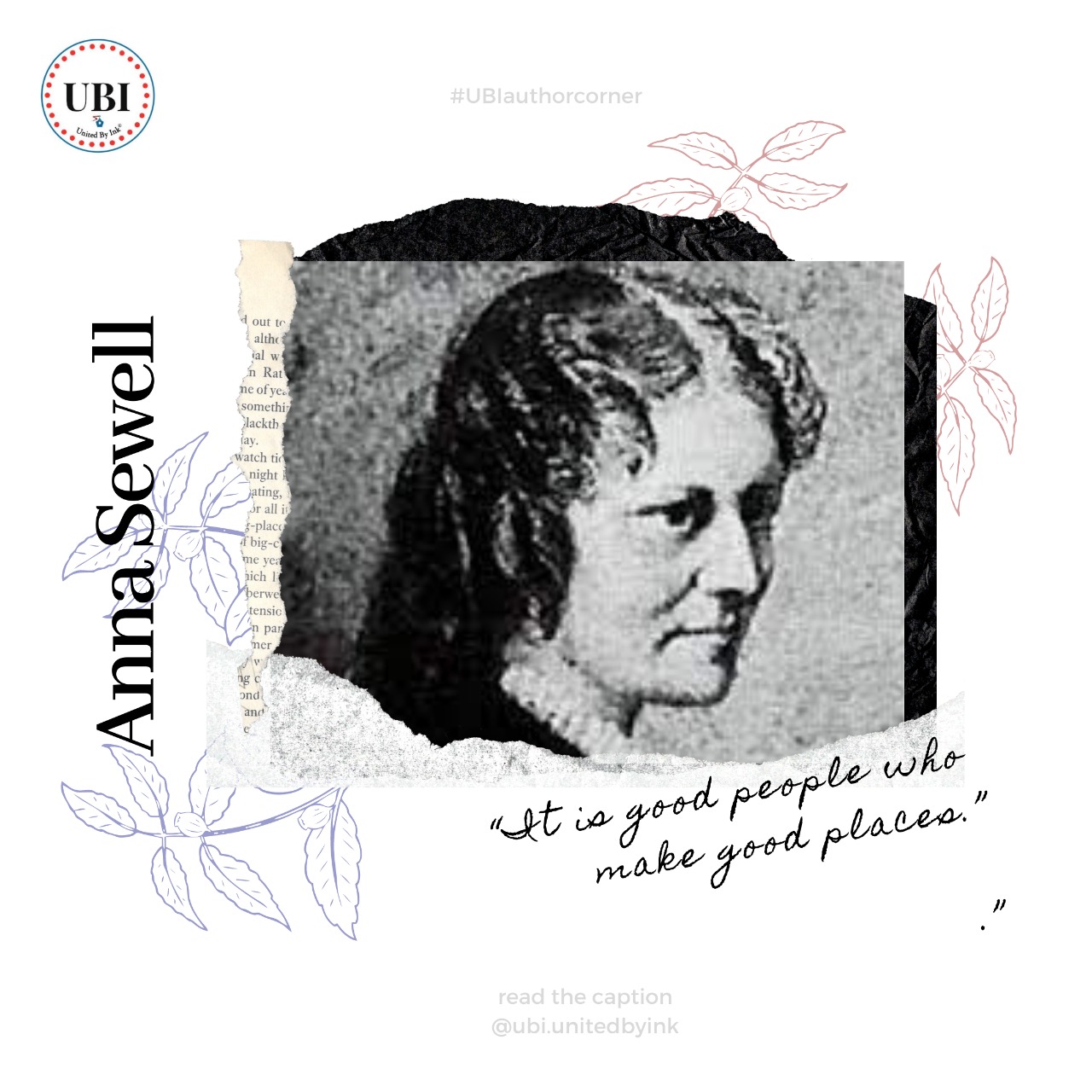 Anna Sewell was born on 30 March 1820 in Great Yarmouth, County Norfolk, England. Her parents were Mary Wright Sewell and Isaac Sewell and she had a younger brother, Phillip, born in 1822.

The Sewells moved to London just after Anna was born, the first of many moves to come. Isaac suffered a decline in his fortunes there so they moved to nearby Dalston where they lived for the next ten years. Anna was very close to her mother, who in the Quaker tradition was a pious, kind and gentle teacher to her children. As a member of the Anti-slavery movement, so too would Anna adopt such worthy causes. A hard worker and active in good works, Mary Sewell was an author of poetry and popular children’s novels with such titles as “Mother’s Last Words” and “Thy Poor Brother”. Mary home schooled her children; she taught Anna to read and bestowed to her love of history, animals, and nature before sending Anna to day school. While walking home from school one day Anna fell and hurt her ankles—she would never walk very well or stand for long periods again.

Anna, who had been an active child, was now forced to spend much time at home, dependant on her parents; she would never marry nor have children. She did however travel to health spas in Germany and Spain to help cure her ankle injuries. On one such trip she met poet Lord Alfred Tennyson. A vibrant young woman, she also made trips to her grandparent’s home in the country near Norwich, and she went to London to visit museums and galleries. She taught Sunday School for a time, and helped her mother with her writings. When she was at home she took to traveling about in a chaise pulled by a pony, which greatly helped her overcome her mobility problems.

While in her fifties Sewell first devised the idea to write her own book about horses. Initially intended, as she wrote in her diary, to be an instructional work to induce kindness, sympathy, and an understanding treatment of horses little did she know it would become a best-seller. Bustling Victorian London’s society, transportation and industry was dependent on horse power, but there were also emerging vegetarian and animal anti-cruelty groups. Through the trials and tribulations of Black Beauty we see a cross-section of the working conditions and quality of life for horses. Through her timeless moral tale Sewell’s universal message of compassion and understanding contributed to refinements to or in some cases abolishment of bearing or check reins used on carriage horses. Cruelly forcing the horse to carry their head at a harsh angle that, while showing off their conformation, causes imbalance, difficulty in breathing, and undue strain on the horse’s neck and back muscles. Readers of all ages have come to appreciate Sewell’s endearing tale told by a horse.

Black Beauty was published just before Sewell’s death on 25 April 1878. Writing was a way of expressing this spirituality, and the two lady Sewells’ used this medium of writing to great impact. Her mother would write books on religious morals and teachings. She too wrote her one publication, “Black Beauty,” in part as an expression of religious sentiment.

The fact that this book was her one publication may come as something of a surprise. Indeed, she did not publish until she was 57 years old. She wrote this novel then, and passed away a short five years later. In these last years of her life, the role of nurse and sick between the two lady Sewell’s switched; Anna’s mother became the caretaker as Anna was bedridden, feeling utterly weak. For this reason, parts of the book itself was transcribed by her mother.

She now lies buried at the Quaker Burying Ground at Lamas, near the village of Buxton, Norwich county, England.