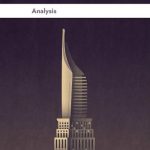 Few days back from my father’s book shelf, I read once again Ayn Rands’ Fountainhead. When I had read it earlier as a school going child I had not understood it at all. This time I saw the book anew. It was fresh and ringed of issues and thoughts which are relevant even today, as they were at that time, in 1957, and I think they will be still relevant for years to come. The Russian immigrant writer was strong willed, intelligent and years ahead of her time.

Many people go through times when they have to succumb to societal pressures, make deal with their ideals, sooner or later there priorities change for the sake of their family, friends, careers. But Fountain head’s hero is not ready for a compromise. Not as a student, never as a professional. He is at war with the complete society. He does not give up even after being jobless, alone and broke.

Here I want to draw out the philosophy of Fountainhead. Ayn Rand supports individualism on the face of collectivism. It is hard to digest for an Indian. We have been always taught to sacrifice, bend, compromise for the sake of family, society, organization and many more. As psychology says man is a social animal and likes to live in groups. Since the period when man was a cave man he learnt a lesson that if he has to survive then he should live in groups, otherwise he does not have a chance in front of the wild animals.

Civilized world came into being, with it came rules and regulations.  Discipline was ingrained and customs and traditions became prevalent and then staunch for smooth running of the society. But, then it was possible for man to live independently, think independently and work also.

When I say think independently, means to take certain decisions, which could be distinct, advanced and revolutionary. It may not fit in with the run of the mill, prevalent set of thinking or working culture of a particular society. But if an individual finds it correct, if he or she has complete faith in his work, then one should go ahead with it with complete confidence. In short ‘dare.’

We have examples wherein we can see that since time immemorial society has ridiculed, tortured, out casted individuals with advanced ideas which were completely strange, foreign to that generation. There is a long list, right from Galileo, the Wright Brothers, Edison, Marie Currie, Edward Jenner and many more had to go through great pains and efforts to make people realize the importance of their work.

Why is it so that people are not ready to accept anything new? I think one of the problems which I can perceive lies in the psyche. We humans or even animals get conditioned to a certain routine, habits, weather and almost everything. As in Fountainhead, the Americans of that time were used to see and hence build completely orthodox, conformist kind of buildings which is why they were not liking and hence opposing the innovative ideas of Howard Roark.

Some are so influenced with certain style of living, that they get upset, angry and jealous to see innovation.  These sensitive minds can see or judge that the idea in front of them is fantastic but they are not willing to change, they do not want to come out of their comfort zone. Here again I will give example of the manipulative journalist Ellsworth Toohey of Fountainhead. Just because he couldn’t appreciate Roark’s independent thinking, his revolutionary ideas, Toohey tried his level best to finish Roark. In the real world, where we dwell, there are certainly elements like Toohey who do not welcome fresh ideas. But I firmly believe that if we look at today’s world analytically, the progress which it has made in leaps and bounds is because of a germ of an idea, vision, a dream seen by an individual.  It is always initially an individual dream, maybe taken up by the society much later. If the individual manages to convince the society of his dream then it propels into a nationwide, revolutionary idea, but never in the beginning.

Collectivism may have helped us in certain situations; where great upheaval is required to turn the old world structure into a new one. But here, I must point out; even this great revolution is always started by one man, one situation. There will always come a time, when one would like to dump the load of society and move freely.  After all we are genetically distinct from the sheep which follows each other with precision. We are at the peak of the ecosystem because of the structure of our brain. 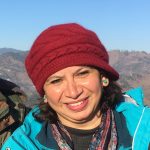